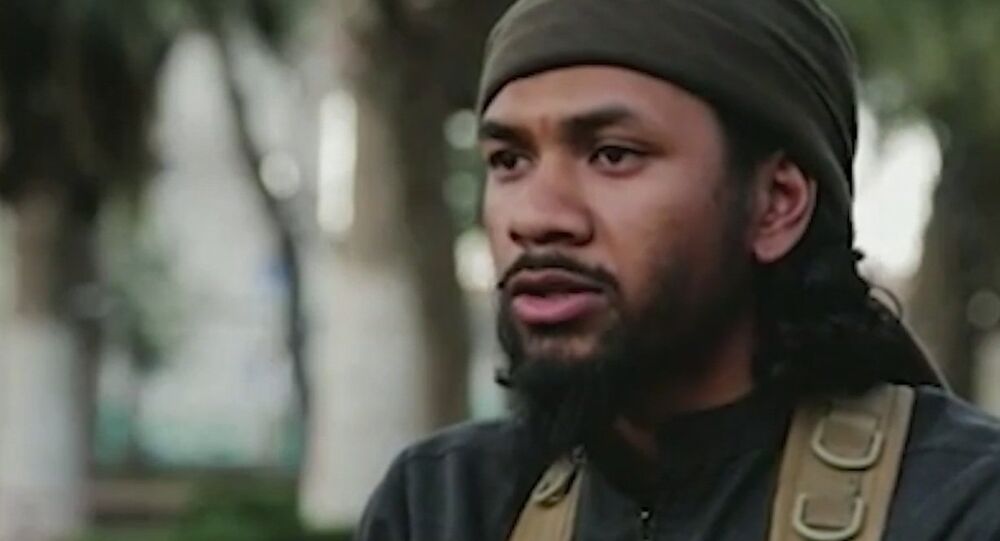 © AFP 2020 / STR
Australia Presses Charges Against 5 Citizens for Attempting to Join Daesh
MOSCOW (Sputnik) – In May, Australia's Department of Defense said that Prakash was killed in a US airstrike in Iraq, near the second-largest city of Mosul. According to recent media reports, he was injured but survived.

According to ABC Australia broadcaster, citing a Turkish official, Prakash was arrested several weeks ago after Australian authorities contacted Turkey to inform that they had intelligence data he was planning to enter the country.

The terrorist was likely arrested while he was trying to cross from Syria into Turkey with false documents.

The Daesh, which is an extremist jihadist group outlawed in many countries, including Russia, overran large areas of Syria and Iraq in 2014 and declared a caliphate. The group has gained much notoriety for conducting suicide bombings and other attacks worldwide as well as for recruiting young people via social media.