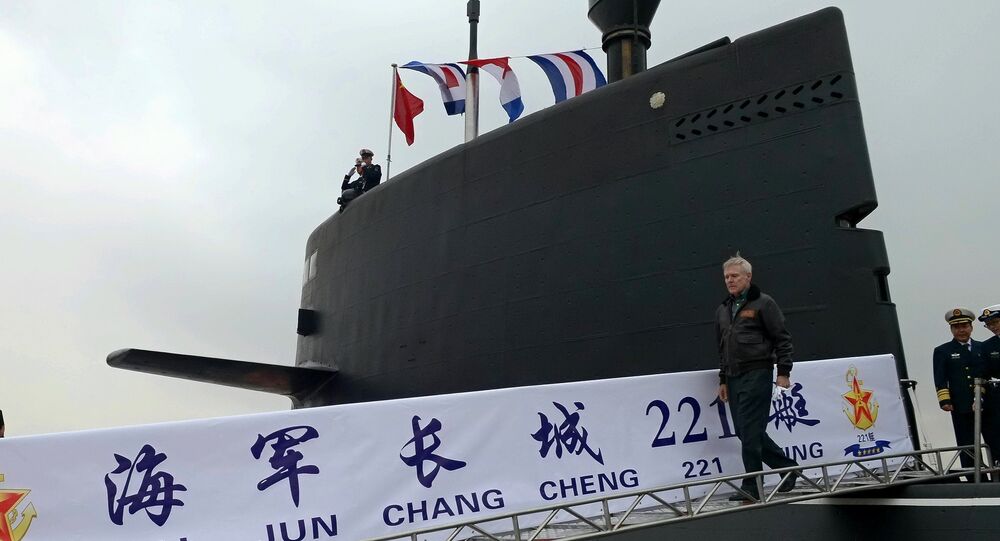 © AFP 2020 / GEOFF ROBINS
Canada, Bangladesh Foreign Ministers Set to Discuss Economic Ties in Ottawa
India's eastern neighbor Bangladesh acquired two diesel-electric submarines from China on November 14. After they enter service in 2017, they will become the first and only submarines in the Bangladeshi navy.

The move has raised questions, since Bangladesh is surrounded by Indian territories on three sides, sharing only a fraction of its border with Myanmar on the East. Defense News has interviewed experts on this issue.

Bangladesh currently has no territorial or maritime claims, after all such disputes with India and Myanmar were settled in 2012 and 2014, respectively.

"It is difficult to fathom why Bangladesh, which does not encounter any conventional maritime-military threat, has inducted submarines in its navy," said Gurpreet Khurana, an Indian Navy captain and executive director of the National Maritime Foundation.

The diesel-electric submarines, capable of carrying torpedoes and mines, are believed to be strictly offensive weaponry, but with a navy so small, Bangladesh is far from capable of withstanding any serious naval conflict with India. According to Indian experts, one possible explanation is an act of provocation against Indian maritime security.

"Submarines are offensive weapons of sea denial and their only use would be to pose a threat in being for India and to complicate the latter's maritime security paradigm," said Arun Prakash, a retired Indian Navy admiral and former service chief.

© Sputnik / Sergey Mamontov
Russia's Rosatom Opens Regional Center in Mumbai for India, Bangladesh
Prakash also believes that the sale is a step in a long-standing Chinese policy of encircling India with client states who are dependent on China. Both India and China are significant weapon manufacturers, with India seeking to become one of the world's largest arms exporters, according to Bloomberg. Snatching regional markets from India is a logical act of competition.

"It is just a good, economical deal Dhaka could not pass up," said Bharat Karnad, a research professor at the India-based think tank Centre for Policy Research.

The Bangladesh Navy has a long history of purchasing naval weaponry from China. But the procurement of the submarines is likely to raise tensions in the region, said Swaran Singh, a professor for diplomacy and disarmament at Jawaharlal Nehru University in India.

"[The] transfer of submarines means major upgradation of [Bangladesh and China] defense cooperation and would contribute to South Asia becoming a far more contested space infested with new weapon systems," he said.

New Delhi must make attempts to secure the Bangladeshi market for domestic weapons manufacturers, according to Defense News. Indian Defense Minister Manohar Parrikar is currently visiting Bangladesh to "upgrade bilateral defense cooperation." Despite that the two countries have no territorial dispute, they are yet to sign a water-sharing agreement, a significant stumbling block for New Delhi. If suggestions about provocations and "sea denial" functions of the submarines are correct, negotiations are about to become tougher.

"Bangladesh is our neighbor, and its strategic importance cannot be understated in any way. Such events as the purchase of submarines by Bangladesh greatly enhances the mistrust between the countries and  steps must be taken to reduce this gap and prevent Bangladesh from playing the China card repeatedly," said Probal Ghosh, a senior fellow at the Observer Research Foundation, an organization dedicated to leading political and policy discussions in India.