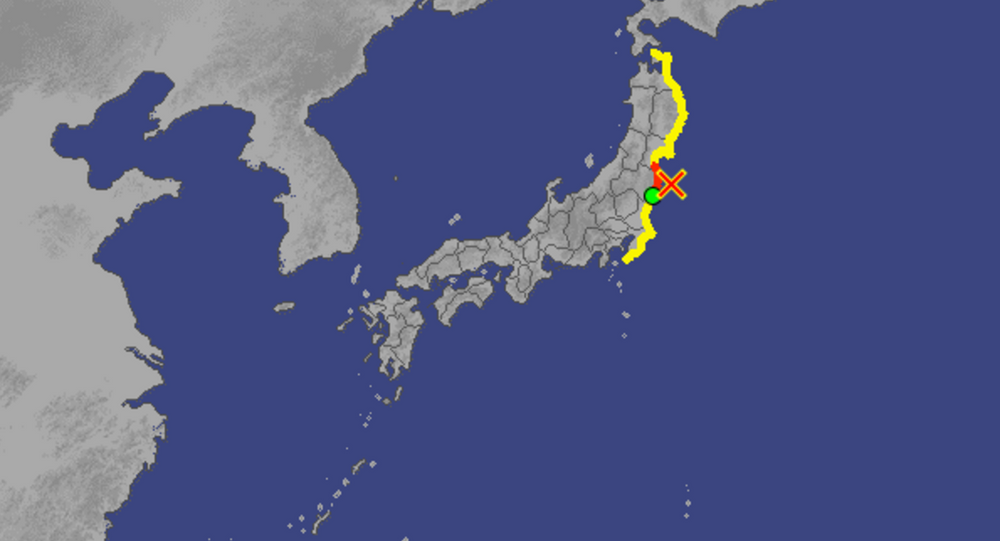 © REUTERS / Miyagi Prefectural Police/Kyodo
Fukushima Earthquake Was Aftershock From Deadly 2011 Quake
TOKYO (Sputnik) — On Tuesday, the Japan Meteorological Agency reported about the 7.3-magnitude earthquake that hit the eastern part of the country's coast near the province of Fukushima and issued a tsunami warning. Soon after that the agency had updated the magnitude of the tremor to 7.4.

According to the NHK broadcaster, a total of 82 aftershocks have been registered in the region and meteorologists warn that they could continue during the next week.

The media outlet said that the most powerful of them with a magnitude of 5.7 took place at 15:00 GMT.

Japan is a seismically active region. In March 2011, a 9.0-magnitude offshore earthquake triggered a 46-foot tsunami that hit Japan's Fukushima nuclear power plant, leading to the leakage of radioactive materials and the shutdown of the plant.