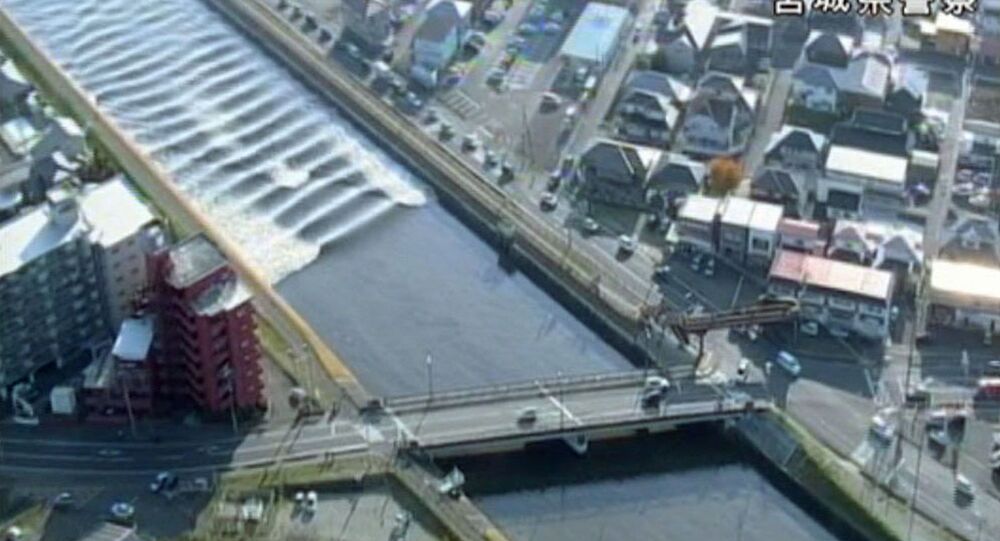 An intense 7.4 earthquake that struck Japan on Monday evening was an aftershock of the massive 9.0 undersea quake that created a deadly tsunami that caused the 2011 Fukushima nuclear accident, the worst nuclear disaster since Chernobyl in 1986, the Japan Meteorological Agency reports.

Japan Meteorological Agency
Japan's Miyagi, Fukushima Residents Urged to Evacuate Amid Tsunami
Tsunami warnings and advisories, urging residents to flee to higher ground, were lifted hours after the earthquake, but the JMA is warning that another large earthquake could strike in the coming days and that residents should stay alert and cautious over the next week.

“There will be a heightened risk of aftershocks [from this week’s quake],” Christie Rowe, a geologist at McGill University who specializes in earthquakes told Gizmodo. “Japan can expect more smaller earthquakes.”

Following the earthquake, the agency warned of the possibility of a ten-foot tsunami hitting the Fukushima prefecture.

“Please move as far away from the shoreline as possible,” public broadcaster NHK had urged following the quake. “Please remember the Great East Japan earthquake.”

While tsunamis did occur, striking the mainland approximately one hour after the earthquake, the largest was 4.6 feet tall and caused no major damage.

During MOnday’s earthquake, a cooling system in one of the reactors at Fukushima Daini, the nuclear facility near the Daiichi plant that was destroyed in 2011, briefly stopped working, but the Tokyo Electric Power Company restored the system quickly and without incident.

There are no reported casualties or serious injuries from the earthquake or subsequent tsunamis, unlike the deadly 2011 earthquake and tsunami which killed some 16,000 people and saw another 2,500 go missing.