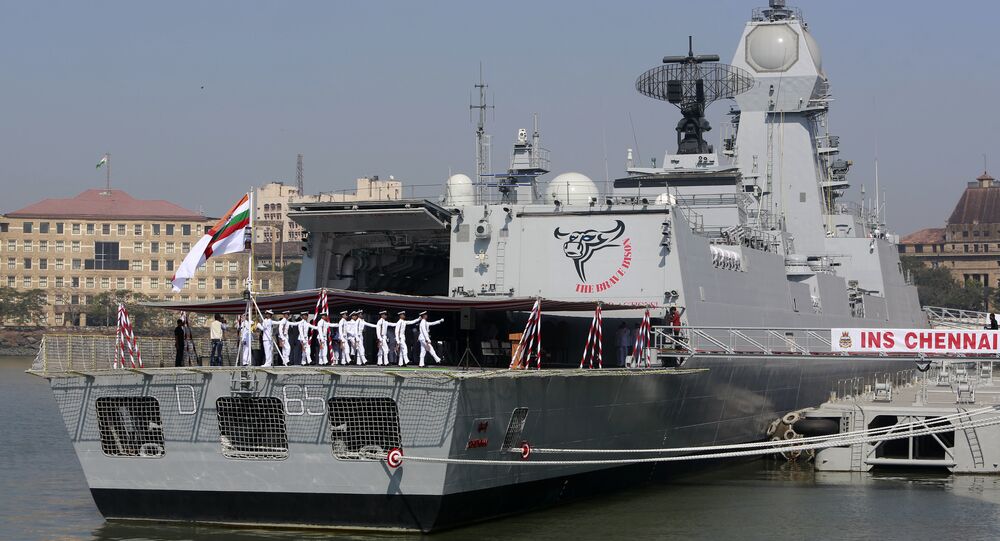 The ceremony took place at Mumbai’s navy yard and the ship was constructed by Mazagon Dock Shipbuilders Ltd., also in Mumbai.

The third Indian-built missile destroyer in its class, the vessel has a displacement of over 7,500 tons, is 538-feet long and can travel at speed up to 55 KPH.

"The ship is equipped with a decoy that can divert a missile attack," the Times of India quoted one official saying. "Nearly 60% of the ship was built at Mazagon Dock, while weapons and sensors were brought from Israel and Russia. Destroyers are second only to aircraft carriers in projecting raw combat power."

New Delhi’s western naval command will assume responsibility of the Chennai, and vice-admiral Girish Luthra, head of the western command, noted that the ship is “designed to carry and operate up to two multi-role combat helicopters."

A Mareech decoy torpedo system and a Kavach chaff decoy system will help protect Chennai from enemy projectiles, while it is propelled by four reversible gas turbines in a combined gas and propulsion plant.

The Bitter-Sweet of India’s #Demonetisation Drive