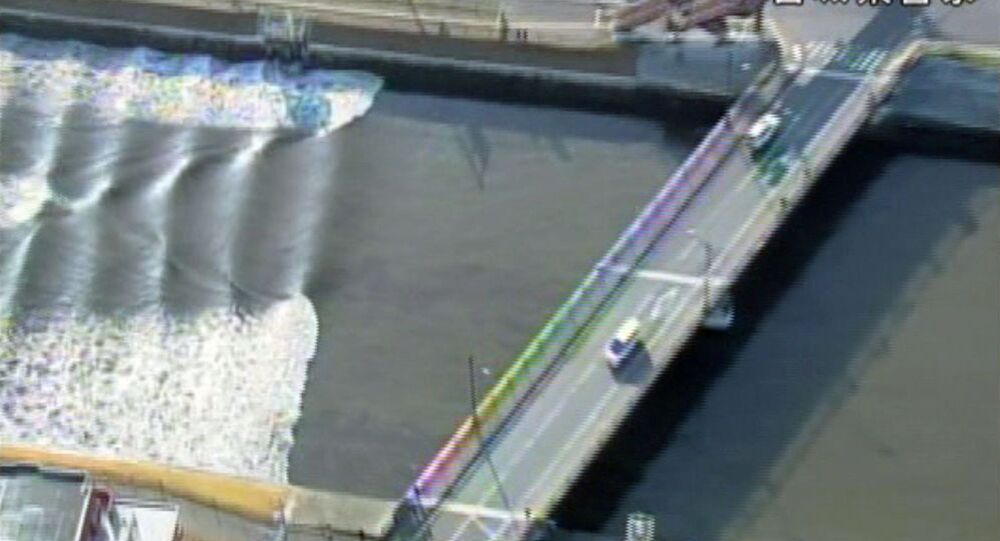 There have been reports of minor injuries following the temblor, according to broadcaster NHK. Residents near the Fukushima coast are being urged to flee to high ground after a 7.3 magnitude earthquake struck the area early on Tuesday.

A one-meter tsunami hit the coast at the Fukushima nuclear plant, its operator reported in the hours following the quake.

The epicenter of the earthquake was approximately 67 kilometers northeast of Iwaki, according to the US Geological Survey. There have been several aftershocks reported across Japan, felt as far away as Tokyo.

Japan Railways has suspended operation of dozens of bullet trains in eastern Japan. The precaution has been taken so engineers can check tracks and make sure that they have not been damaged by the earthquake, Julian Ryall reports.

The SMS Tsunami Warning labeled the event a "Seaquake" and explained that "only 'Seaquakes' have the power to trigger tsunamis. Small local tsunamis can be generated by Seaquakes with a magnitude 6.8 or larger. Large regional and ocean-wide tsunamis are generally associated to Seaquakes of magnitude 8.0 or above."

The Japanese Meteorological Center warned that there was a risk of a tsunami at any moment following the earthquake. It was originally reported that a potential tsunami may be up to three meters, but the emergency channel broadcasted shortly after that it could be even higher.

At around 6:10 AM local time, a 60 centimeter tsunami reached the Onahama Port in Fukushima. The area was expected to be struck repeatedly.

Shortly after the first tsunami struck, NKH reported that the water cooling system seemed to have stopped at TEPCO's Daini nuclear power plant. Tepco issued a statement however, saying that there have been no abnormalities at their power stations.

“Damage due to tsunami waves is expected.Evacuate immediately from coastal regions and riverside areas to a safer place such as high ground or an evacuation building. Tsunami waves are expected to hit repeatedly. Do not leave safe ground until the warning is lifted,” the warning said.

The Pacific Tsunami Warning Center issued a statement saying that there is currently no threat of a tsunami to the Hawaiian Islands.

Monday's earthquake was significantly larger than the 6.6 offshore earthquake that lead to the nuclear disaster in March 2011, when a tsunami struck the Fukushima-1 plant and caused the leakage of radioactive material into the surrounding area. It is widely considered to have been the largest nuclear accident since the Chernobyl catastrophe in 1986.

Immediately following the earthquake, there were reportedly no signs of damage to the Fukushima Daichi nuclear power plant reactors after being formally checked. Tohoku Electric has also stated that they have not found any abnormalities at their Onagawa nuclear power plant.

Shortly after the earthquake, a fire broke out at a chemical factory in Fukushima prefecture, NHK reported.

Prime Minister Shinzo Abe issued a statement saying that he knows about the earthquake and tsunami warning, and ordered the necessary information to be provided to the public. He further stated that the government will "devote itself to supporting rescue and recovery efforts as needed."