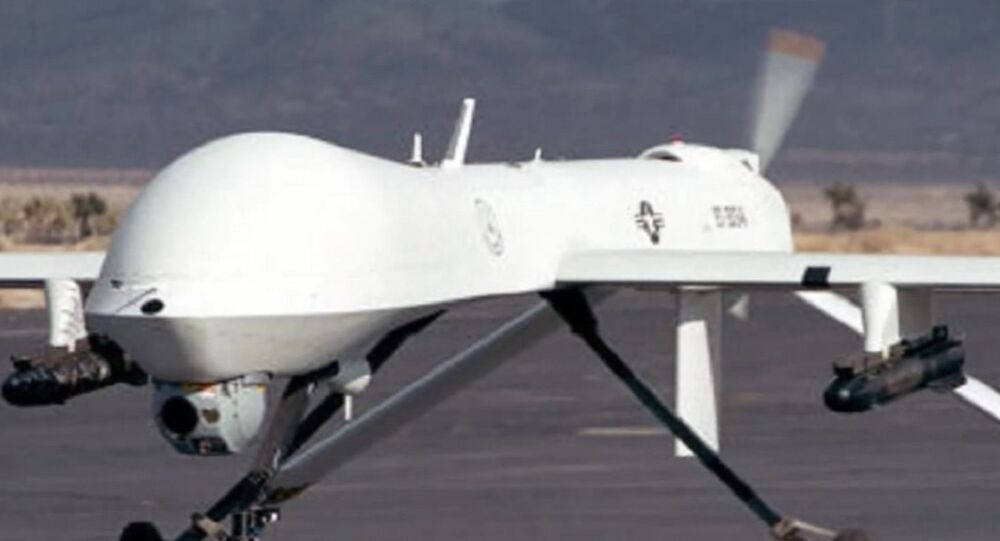 India's state-owned defense research company is about to test a medium altitude long endurance drone. Its success could make the Indian military market for drones out of bounds for US and Israeli companies.

© AP Photo / David Tulis
India's Mumbai Police Enter State of Alert Over Potential Drone Terror Attacks
New Delhi (Sputnik) — The test flight of India's indigenous military drone named after a medieval Iranian king will determine whether the Indian market will still remain lucrative for companies from the US and Israel.

The Defence Research and Development Organization (DRDO) reviewed its preparations on Monday and is hopeful that "Rustom II" may make its maiden flight anytime by end of this month, said sources from India’s Ministry of Defense.

Israeli and US companies have been eyeing the space for medium altitude (up to 30,000 feet) long endurance drones (up to 48 hours) as New Delhi seeks to step up surveillance of its land and maritime borders.

DRDO officials would like to put Rustom II in the category of Predator drones of US and the Israeli Heron drones.

"Earlier, the Medium Altitude Long Endurance UAV project was expected to be completed by August of this year but due to some technical issues it was decided to extend the completion date to February 2017," said the sources.

"Rustom-II is being designed to operate up to 30,000 ft above mean sea level altitude (AMSL) with an endurance of 24-30 hours from take-off to landing with synthetic aperture radar and long range electro-optic payloads (up to 350 kg) at 20,000 ft. It is designed to perform intelligence, surveillance and reconnaissance mission for Indian armed forces," officials said.

India had floated a request for proposals from domestic manufacturers to supply such drones. This may be unnecessary if Rustom II performs up to expectations during its trials over the next four months.

India Has Long Wait Ahead for Home-Made Combat Fighters