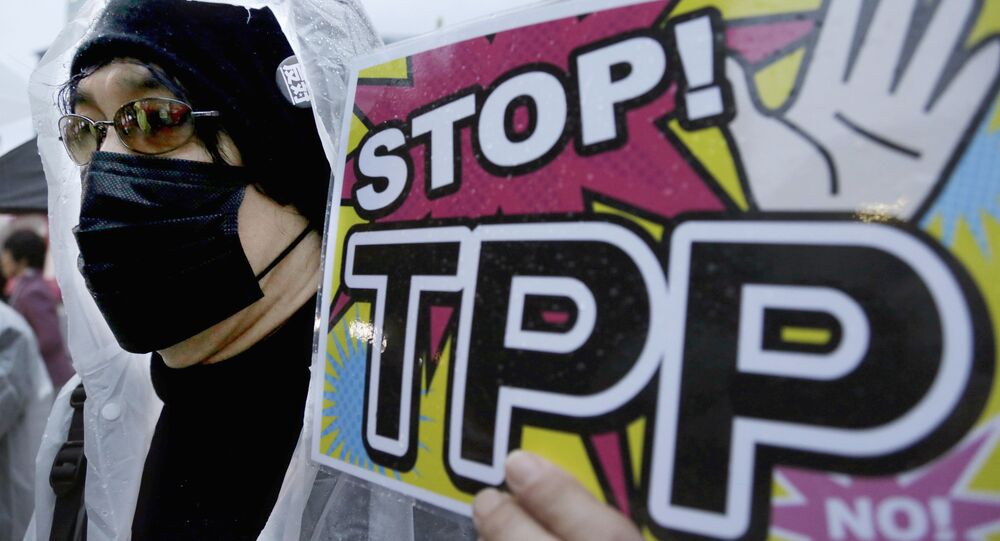 If TPP agreement is not reached, Japan could shift its attention to a regional trade agreement with China, Japanese Prime Minister Shinzo Abe said Tuesday.

"There's no doubt that there would be a pivot to the Regional Comprehensive Economic Partnership [RCEP] if the TPP doesn't go forward," Abe was quoted as saying by Kyodo News.

On November 8, Republican Donald Trump won the US presidential election with 290 electoral votes, while his Democratic opponent Hillary Clinton received 228. The inauguration of the US president-elect is to take place on January 20.

Trump stands opposed to the deal, unlike the administration of outgoing US President Barack Obama, which reportedly has suspended its efforts to reach a deal with the Congress to ratify the TPP.

The RCEP free-trade agreement between Australia, Brunei, Myanmar, Cambodia, China, India, Indonesia, Japan, Laos, Malaysia, New Zealand, the Philippines, Singapore, South Korea, Thailand, and Vietnam has been under negotiations since 2012. RCEP is viewed as an alternative to the TTP agreement, that excludes China and India.

Abe, Trump Meeting Not to Affect Japan's Support for TPP