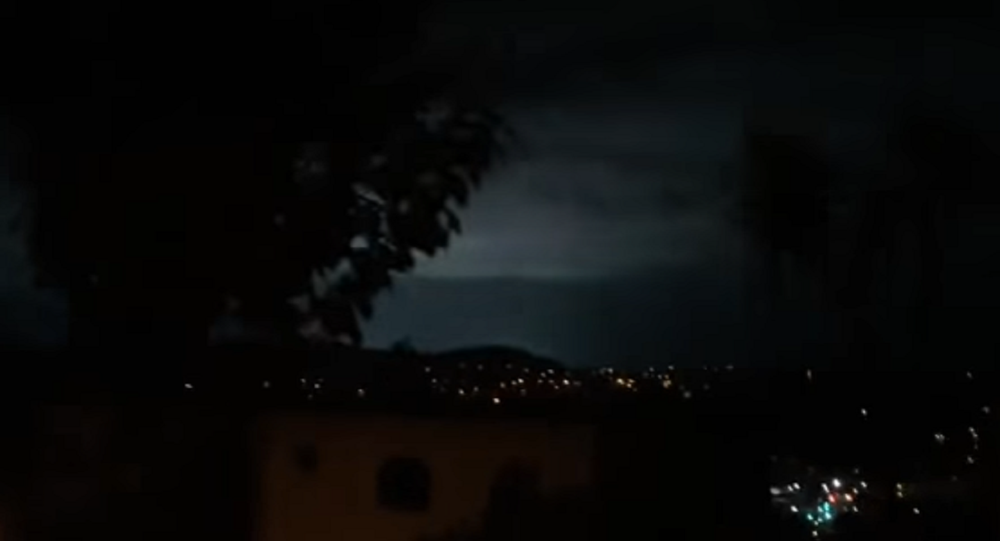 New Zealanders documented bright, colorful lights in the sky around the same time that a deadly 7.8 magnitude earthquake struck on Sunday evening.

Zachary Bell, a resident who captured footage of the amazing sight, told the Metro that he began filming at the “peak of the shaking” as the “sky began to light up with colors over the sea.” He also stated that the lights lasted for approximately “five to eight seconds.”

“The lights happened right on the peak of the shaking … [and were] of colours mainly green and blue and white, but a bit of yellow and other colour was there too [sic],” Bell said.

© REUTERS / Anthony Phelps
Mass Evacuation Underway as Dam Breaches on New Zealand River
Unexplained lights during earthquakes have been described for centuries, including during another temblor that occurred in New Zealand in 2011. Spectacular lights were also filmed a half an hour before the Sichuan Earthquake of 2008 in China.

Researchers wrote in a paper published in the Seismological Research Letters the that lights could be due to stress building in the fault lines prior to an earthquake. “The high density accumulation of charged atoms then ionizes pockets of air to form light emitting plasma,” the Morning News USA explains.

Many commentators on Bell’s video have speculated that the lights may have been lightning or electrical transformers exploding, but the scientific community has not come to a consensus on the cause. Bell has also countered that the lights were over the ocean, where there are not any power lines.

Two people were killed in the earthquake, and it is believed that thousands more, including tourists, remain stranded in the town of Kaikoura following landslides. Military helicopters have been dispatched to evacuate the area.

Prime Minister John Key has described the damage to Kaikoura as “utter devastation,” and is estimating that there is likely billions of dollars in damage.

Plane With Over 200 Passengers Suffers Engine Failure Over New Zealand