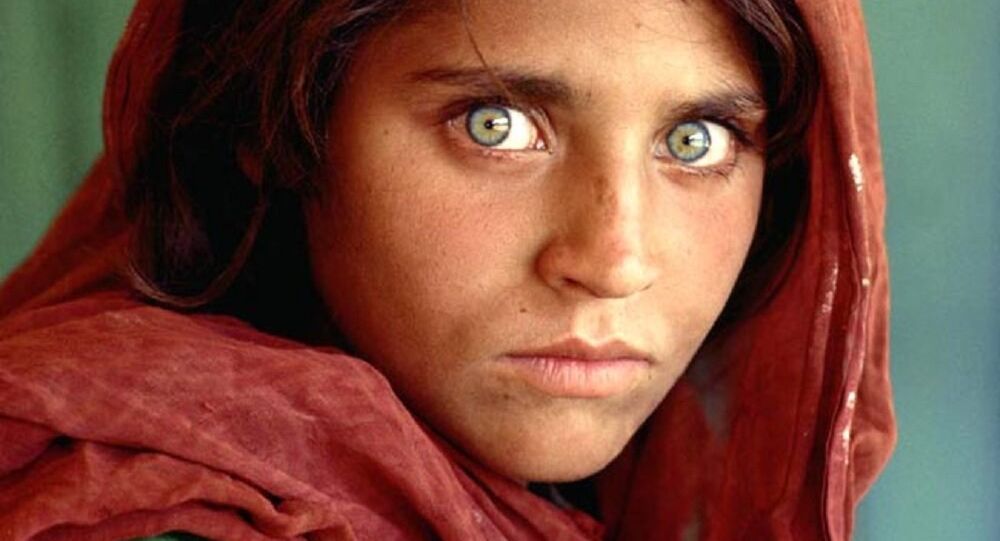 The famous Afghan Girl is now a proxy for the regional contest between India and Pakistan. India to offer her free medical treatment after Pakistan deports her to Afghanistan for illegal stay

© AP Photo / B.K. Bangash
Pakistan Deports Iconic National Geographic 'Afghan Girl' Sharbat Gula
India has offered free medical treatment to the famous ‘Afghan Girl’ Sharbat Gula whose piercing blue eyes as a young pubescent captivated the world in 1985. Now a grown up woman with poverty and destitution having dulled her sharp features, she was in the news after Pakistan deported her to Afghanistan from Pakistan for illegally stay.

Sharbat Gula may arrive in India in the next few days to receive free treatment offered by a hospital in Bengaluru.

She became the icon of the hapless civilian trapped in a civil war after her photograph featured on the cover of National Geographic magazine in 1985. Gula is now in her 40s and reportedly suffering from Hepatitis C and other ailments.

Touched by NARAYANA, hospital in Bangalore, offering the Iconic Sharbatgal free of cost treatment and hospitality: "friend in need"@MEAIndia

Some saw it as an unusual twist in India-Pakistan’s zero sum game in Afghanistan.

Pakistani military-intel insiders tell me Sharbat Gul was an India-backed Afghan spy. Now Indians are pandering to her. Hmm. https://t.co/ao51BZiHjr

After 1985, Gula slipped into obscurity and briefly came into the limelight when the same photographer tracked her down as a care-worn adult. She made news again by being arrested by Pakistani authorities as part of a crackdown on illegals living in the country on fraudulent identity cards. At least 3,00,000 Afghan refugees currently live illegally in Pakistan, according to an estimate.