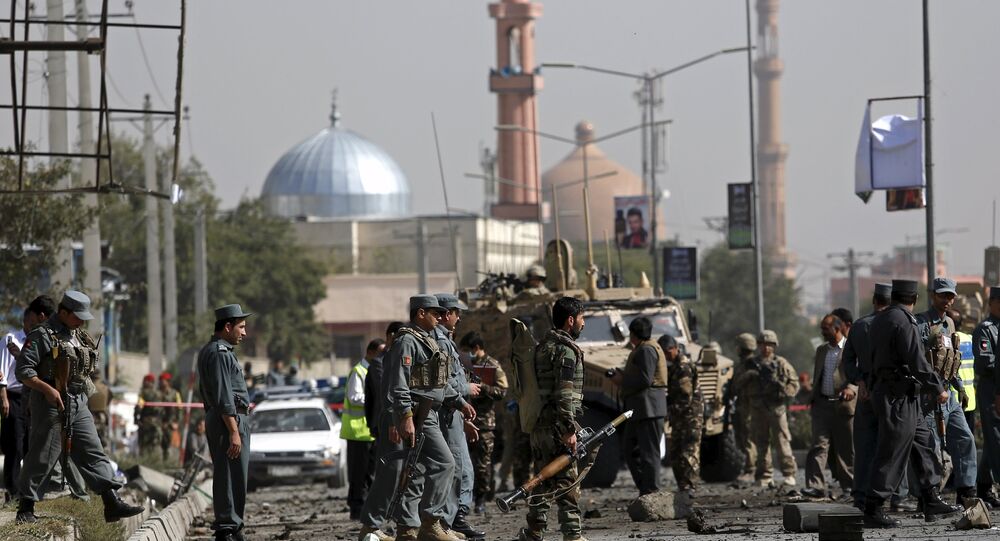 October Sees Biggest Spike in Deaths in Afghanistan Since 2014

October was the deadliest month in conflict-torn Afghanistan over the past two years, which left about 125 civilians dead and 617 wounded, a study revealed Friday.

© REUTERS / Anil Usyan
Attack on German Consulate in Afghanistan Kills Six, Staff Not Injured
MOSCOW (Sputnik) — According to the study carried out by the TOLOnews, Afghan security forces conducted 662 ground operations against the insurgents' movements, mainly Taliban, which left over 4,000 insurgents and nearly 400 soldiers dead. Around 2,000 insurgents were wounded.

The Islamic State (IS) terrorist group, outlawed in many countries including the United States and Russia, has also increased its presence in the country and in neighboring states.

Some Schools in Afghanistan's Herat Built With US Funds Lack Water, Electricity