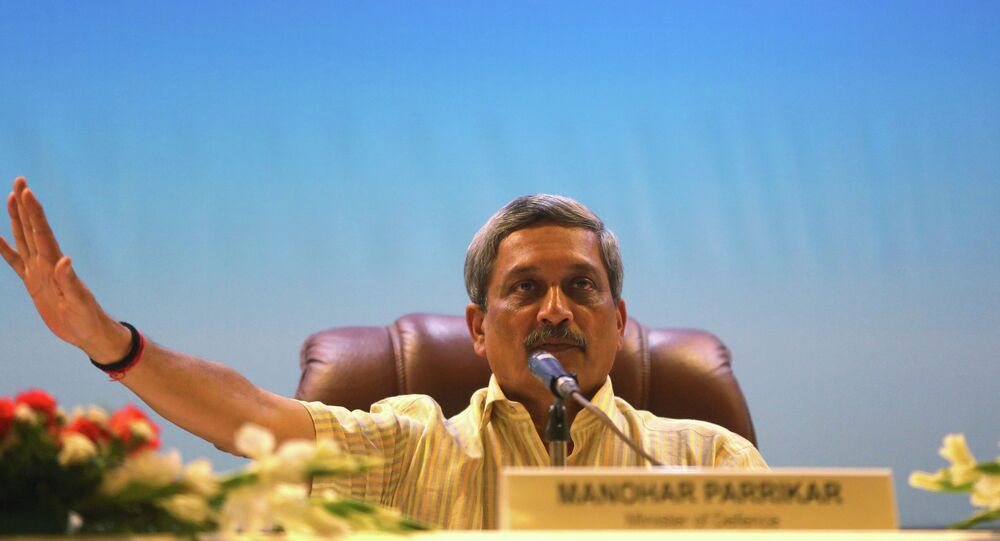 Although India takes pride in its doctrine of no-first-use (NFU) of nuclear weapons, the Indian Defense Minister feels this policy should not be rigid.

New Delhi (Sputnik) — Indian Defense Minister Manohar Parrikar 'personally' feels India’s NFU doctrine should not be written in stone. If the situation demands, India should be preemptive in its use of nuclear weapons.

“If there is a written down strategy or you take a stand on a nuclear aspect, I think you’re actually giving away your strength. People say India has NFU concept. I should say that I am a responsible nuclear power and I will not use it irresponsibly,” Parrikar said during a book launch function here.

© Photo : Bharat Rakshak
India’s Nuclear Triad May Tip the Balance of Forces in the Indian Ocean
Parrikar clarified that these were his personal views and there was no change in India’s nuclear doctrine. A BJP-led government had prepared a nuclear doctrine after conducting nuclear tests in 1998. The doctrine says India will not make a first strike with nuclear weapons.

“Being unpredictable is part of strategy. But we follow whatever is written in a book. But if the country is in danger, I will not open the book first,” Parrikar said.

​Parrikar’s views come at a time when India is trying to convince China and New Zealand about its pacifist intentions in order to win their support for membership of the Nuclear Suppliers Group.