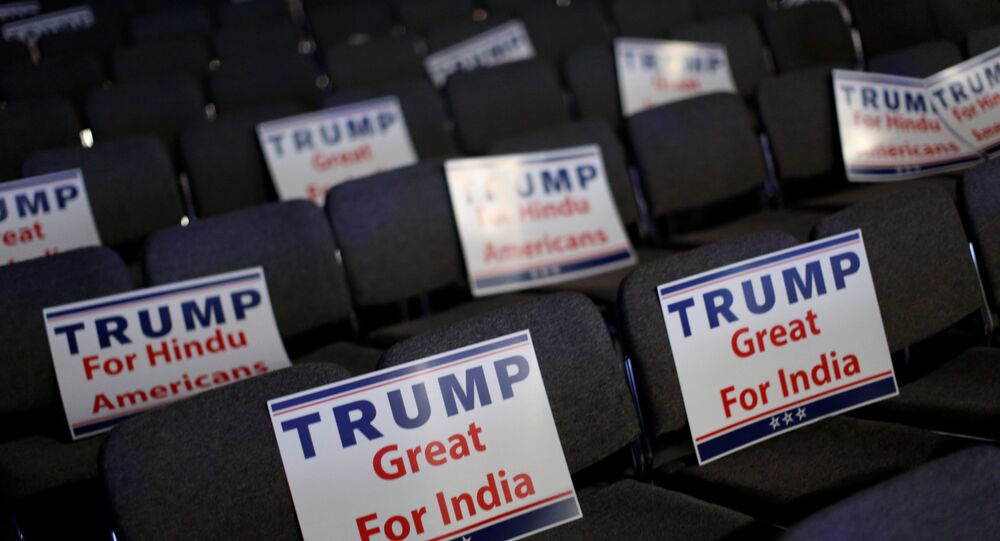 The US is the major source of employment for Indian IT workers but corporate India harbors concerns about their survivability if Trump walks the talk on freezing new green cards and chokes visas for the foreign IT workers program.

"We saw a different Mr Trump who as President elect sounded conciliatory and sober. His words were so convincing that financial markets recovered ground," said Sunil Kanoria, a businessman heading ASSOCHAM, an association of Indian industries.

Another industry association, The Confederation of Indian Industries (CII) is reserving judgment until the new US administration shows its hand on visas for skilled labor and market access for pharma products and SMEs.

"It would also be important for critical Indo-US dialogue platforms to chart pathways to augment our partnership," read a CII statement.

"We look forward to working with the new administration in our primary focus areas of manufacturing, improving competitiveness, defense collaboration and mobility of high skilled labor," said Dr Naushad Forbes, President of the CII.

"That would generate great demand for engineering exports. Indian industry would certainly like to partner in this great endeavor of the next US President," said its Chairman T Bhasin.

Meanwhile, the Federation of Indian Chambers of Commerce and Industry (FICCI) hoped that Trump would continue with close strategic and economic engagement.

Trump Going to Improve US Relations With India if Elected