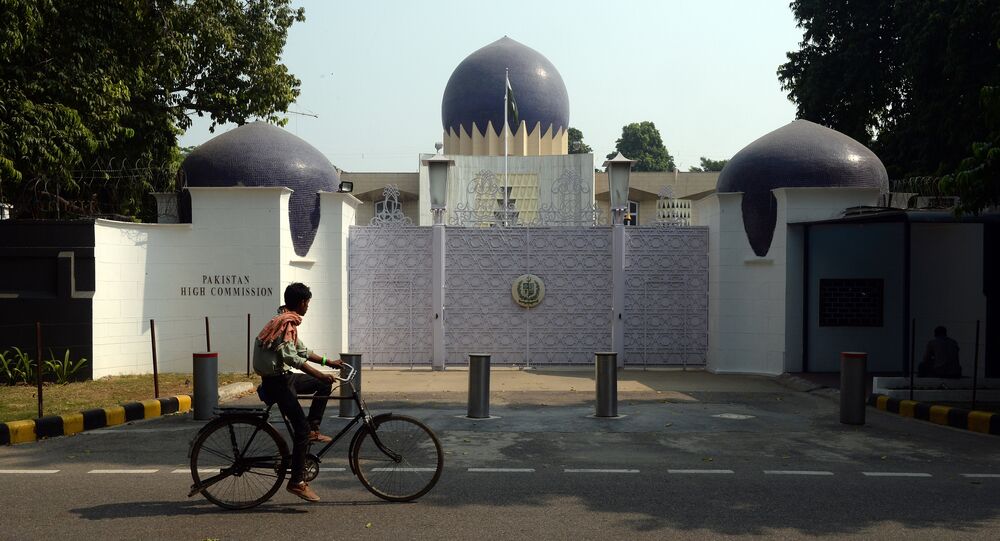 India has summoned the Pakistan Deputy High Commissioner to protest unfair allegations against its mission staffers and shooting that killed three soldiers in a week. Pakistan has reciprocated by summoning the deputy envoy over the ceasefire violation by India.

© AP Photo / Arun Sankar K
Can India Beat China at Its Game With Common Satellite for South Asia By Next Year?
NEW DELHI (Sputnik) – India has protested the public humiliation of eight officials posted at its mission in Islamabad by summoning the Pakistan deputy envoy to the South Block for a telling off on Wednesday.

India sees the Pakistan government's hand in newspapers identifying some of its mission staff as operatives of intelligence agencies. The message to the Pakistani Deputy High Commissioner was that such malicious insertions in the Pakistani media had endangered their safety, forcing them to return to India.

India says such subterfuge is against established diplomatic practice and basic norms of courtesy. It believes Pakistan is unfairly retaliating for the expulsion of one its staffers in New Delhi for espionage.

Besides summoning envoys, both countries are exchanging mortar and small arms fire on the border which has resulted in the deaths of both civilians and soldiers. The Ministry of External Affairs also conveyed India’s strong concern on Pakistan’s violation of the ceasefire along the border.

Pakistan also summoned the Indian Deputy High Commissioner to convey its displeasure over the ceasefire violations leading to the death of its soldier.

India and Pakistan have till now recalled several officials from their respective missions. In view of the bitterness, there was talk of both countries temporary calling back their envoys.