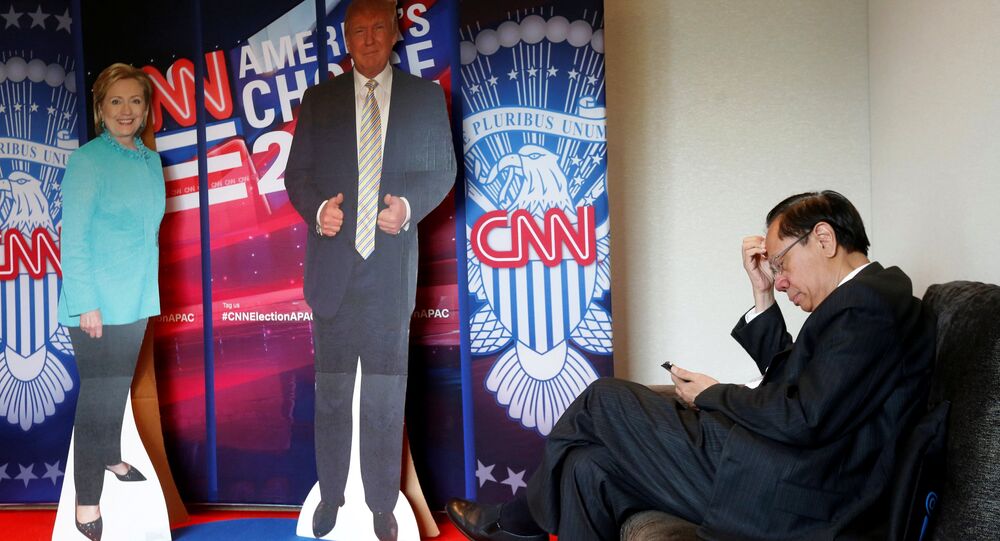 The astonishing victory of Donald Trump as US President-elect leaves many key US foreign policy status quo arrangements in question. Key among them is President Obama's much debated "pivot to Asia."

The much-vaunted "pivot to Asia," which was partly devised by former secretary of State Hillary Clinton, was devised to help the US bolster it's influence in the continent, as a direct challenge to the rise of Chinese economic, military and political strength.

With Clinton losing her chance at the top job, and President Obama due to vacate the White House in just a couple of months, this policy is now under question. Certainly, it seems safe to describe the mass upswell of support for the unconventional Trump as a loud cry to change business as usual.

So what can Americans and the Chinese expect now?

Professor Michele Geraci foresees a significant deviation in Sino-US relations, though in which direction, remains unclear at this early stage.

Firstly, Professor Geraci told Sputnik that in Trump, the Chinese see a pragmatic businessman they can work with.

"In his speech [this morning], Trump mentioned also the desire to develop infrastructure in the United States. This is another area where China can actually play a very important role because it has excess capacity in some of the raw materials. And, paradoxically, also more know-how than the US in building transport infrastructure."

"He's probably the better person they can deal with: more strength and more down to business than Clinton. At least Trump is little bit more direct and so easier to deal with," Professor Geraci told Sputnik.

© REUTERS / Carlos Barria
Clinton's Presidency 'to Resort to Outright Destabilization' in Asia Pacific
Professor Geraci said that in contrast, Beijing was wary about the possibility of more dealings with the Democratic candidate, Hillary Clinton. When Mrs. Clinton was Secretary of State from 2009-2013, some observers noted that she often had an icy relationship with Chinese officials.

"People in general don't really like her very much because Clinton has been very vocal on the issues of human rights and devaluation [of Chinese currency] in the last several years when she was Secretary of State. And so, in a way, this Trump presidency, with his more relaxed tone, he understands better than Clinton that the Chinese are more likely to react badly…

"What happened in the past is that whenever Clinton has made her voice heard, China has reacted in the opposite way."

However, on the issue of trade, Professor Geraci said the Chinese are wary on some of the protectionist rhetoric Trump has used during his campaign. At some of his rallies, Trump claimed that the Chinese are taking manufacturing jobs away from working-class Americans, and vowed to slap stiff tariffs on Chinese imports.

"There is a little bit of concern for some of the most restrictive policies that maybe he will be implementing, for example in terms of goods and trade, and of course that could be negative for China but on the other hand there is positive response on the possibility as he has announced he will scrap TPP [Trans-Pacific Partnership] and all these other agreements that have left China out of trade agreements with the Pacific," Professor Geraci explained."

"I think he has to keep up his promises… His main goal is to produce jobs for the US manufacturing industry. Now whether he achieves this by domestic policies, by domestic investment or by having trade barriers on importers… Well, I don't think he will put too high tariffs because let's not forget, many of the products made in China are actually run by US companies, they have outsourced production. So he [Trump] has to be very careful."

For now, as the dust settles on what has been a remarkable political upset, Americans and the rest of the world must wait to find out whether Trump the President will enact different policies to what Trump the campaigner promised.