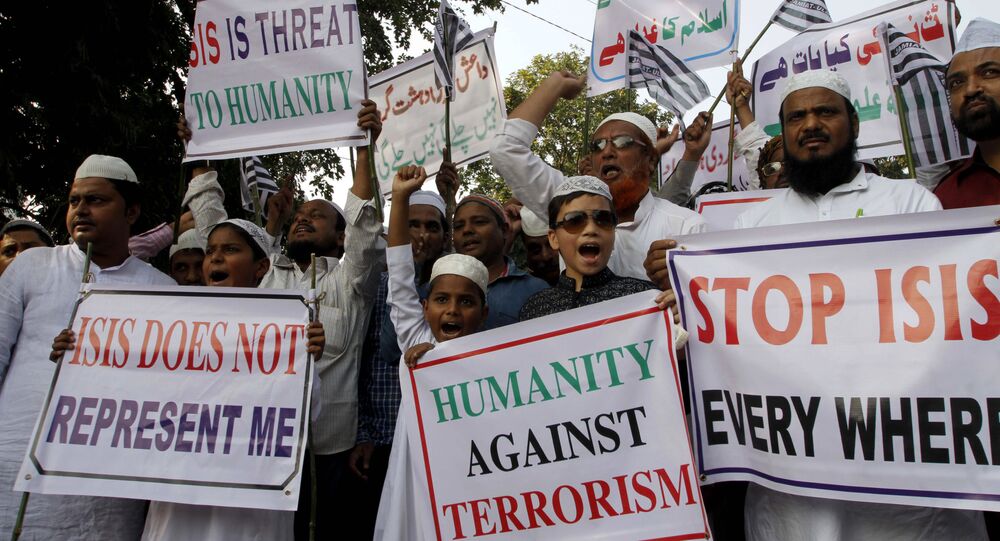 India’s Internal Security Division has ordered that terror group ISIS will now only be referred by its Arabic acronym Daesh. The word Daesh is phonetically similar to Daes or Dahes in Arabic which means intolerance and spitefulness. India hopes to lessen the lure of the terror outfit by playing on the uncomplimentary meaning of the word.

© Sputnik / Andrey Stenin
Daesh Urges Lone Wolf Hacking Attacks on Foreigners in India
NEW DELHI (Sputnik) – What’s in a name, one may ask. Plenty if it is the Indian government which is trying to make the terror group ISIS as unattractive to its youth as possible. India has the highest Muslim population of any individual country, more than all the Arab states combined, and it has become a top priority to keep its youth out of the clutches of the terrorist organization.

As part of this strategy, the Indian Government has from now on decided to refer to the Islamic State of Iraq and Syria (ISIS) as Daesh. ISIS looks down upon the use of this acronym because it phonetically resembles Daes or Dahes. These two words in Arabic mean one who crushes something underfoot' and 'one who sows discord' or 'a bigot who imposes his view on others.’

“Islamic State is a misleading nomenclature which gives the impression that it has a valid status. They use ISIS to legitimize their claims of a borderless Islamic State comprising areas of Syria and Iraq. On the other hand, Daesh is considered derogatory and followers of Islam refrain from using the word. Hence, the move is aimed at reining in the traction of the terror outfit among gullible youth who fall prey to its propaganda”, said an official of India’s Ministry of Home Affairs.

A number of western countries have been using the word Daesh for some time already, and the leaders of the group have issued numerous messages threatening to cut the tongue of those who refer them by that name.