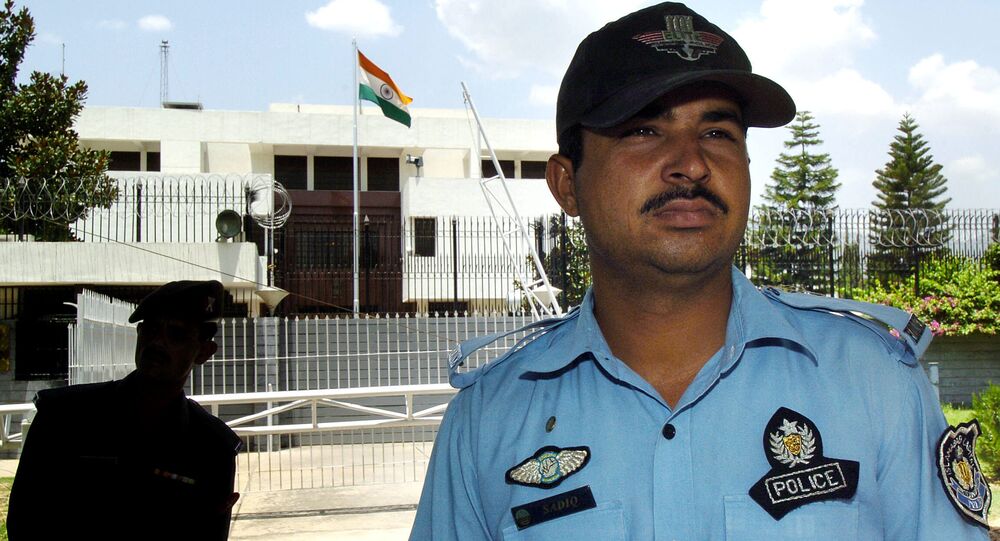 Three Indian diplomats left Pakistan for India afer thet were suspected of terrorist and subversive activities by the local authorities, five other Indian diplomats, suspected in a number of crimes by Islamabad, were still in Pakistan, according to local media.

NEW DELHI (Sputnik) — A total of three Indian diplomats have left Pakistan after they were suspected of terrorist and subversive activities by the local authorities amid an ongoing spy scandal between the two countries, local media reported Tuesday.

© Flickr / bm1632
India to Recall 8 Diplomats From Pakistan to Protect Their Identity
The media said that five other Indian diplomats, suspected in a number of crimes by Islamabad, were still in Pakistan

Last week, Indian police said it had dismantled a Pakistani spy network and detained a staff member of the Pakistani Embassy in New Delhi on suspicion of espionage. Media reported that the detained diplomat provided a list of four Pakistani diplomats, who allegedly had ties with Pakistan's intelligence services. According to media reports, Islamabad later withdrew six diplomats from India.