Chinese Foreign Ministry subjected a UN report on peacekeepers to criticism on Friday. 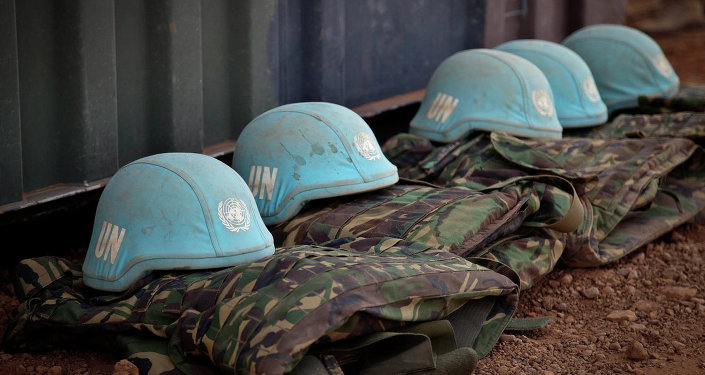 © Flickr / UN Mission in Mali
Almost 130 UN Peacekeepers From 50 Countries Died on Duty in 2015
BEIJING (Sputnik) — Chinese Foreign Ministry spokeswoman Hua Chunying on Friday criticized a report issued by the United Nations about the activities of the organization's peacekeepers during the July outbreak of violence in the country.

On Tuesday, the United Nations reported about the Special Investigation of the UN Mission in South Sudan (UNMISS) during the attack on the Hotel Terrain by the South Sudan troops in Juba on July 11. According to the international organization, the mission failed to respond to the attack properly.

"We have paid attention to the fact that in the published UN report on the peacekeepers' activities in South Sudan there are accusations without any evidences. We express regret because of the negative impact of the report on the peacekeeping mission… I also would like to underline that many facts included in the report do not reflect the reality," Hua told reporters.

The spokeswoman added that the United Nations should enhance cooperation between the peacekeepers and the countries of their deployment.

This summer, a period of relative stability in the crisis-torn South Sudan deteriorated, culminating in July’s clashes between government and opposition forces, during which the hotel located in the vicinity of the UNMISS headquarters, was attacked. In August, UN Secretary-General Ban Ki-moon decided to launch an independent special investigation into the July attack in order to assess an overall response by the UN mission there.