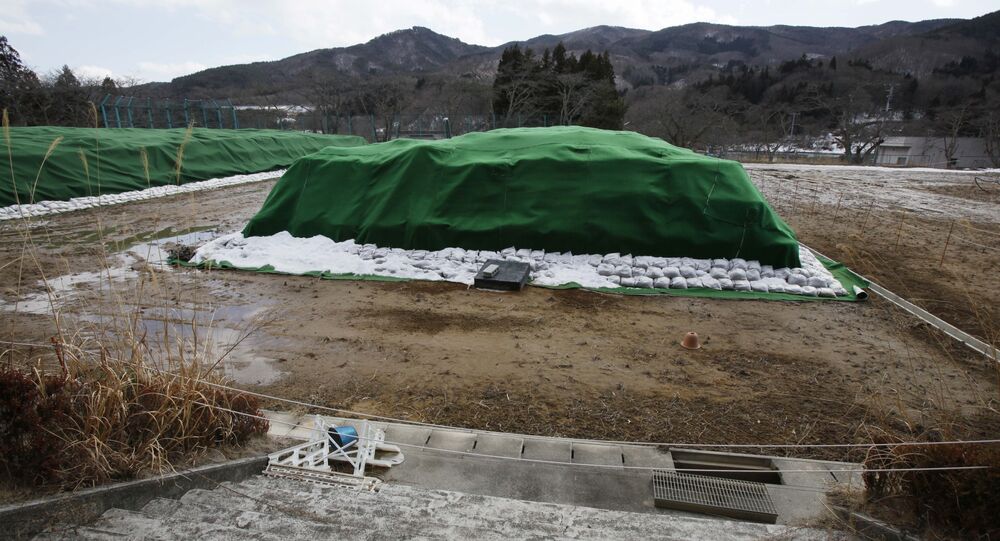 Struggling to curb the ever-growing cost of the fallout from the 2011 Fukushima nuclear disaster, Tokyo has come up with an idea of obliging future utility companies to pay a share of the compensation to victims, and for potential future meltdowns.

© REUTERS / Toru Hanai
Japanese Ex-PM Koizumi: Abe ‘Lied’ Claiming Fukushima ‘Under Control’
The Ministry of Economy, Trade and Industry (METI) proposed Wednesday that electricity companies that enter the retail electricity market after the regulatory loosening up in April 2016 will pay a share of Fukushima compensation as well, the Japa Times reported.

The agency has also designed a new system that would force Tepco, Japan’s largest electric utility, to allocate its excess profits to a fund dealing with the decommissioning of the Fukushima facilities’ reactors.

Under current legislation, Tepco’s extra profits are returned to customers in the form of lowered electricity bills. METI noted that customers should have to share responsibility for the liquidation of the disaster aftermath, as they have long benefited from nuclear power.

In the meantime, the costs for relieving the disaster’s consequences continue to surge. Expenditures on cleanup of the meltdown site have already exceeded the two trillion yen that the government had hoped to spend on it.

By the end of the 2015 fiscal year, some 4.2 trillion yen had been spent to decommission the reactor, compensate victims and carry out radioactive decontamination at the meltdown spot.

© Photo : Pixabay
Czechs Play 'Clever Game' Throwing 'Chinese Trump Card' in Nuclear Reactor Bid
Some 2.34 trillion yen have also been allocated to a special account for creating an interim storage facility for contaminated soil, disposal of contaminated water and for the decontamination of affected areas.

Tepco’s efforts to prevent the contamination of underground water with frozen soil barriers have not been fruitful so far, however, suggesting that new solutions and new transactions are required.

METI has estimated that cleanup and decommissioning efforts will likely take more than 30 years to complete.

The Fukushima Daichii plant’s reactors melted down after the Great East Japan Earthquake, followed by a disastrous tsunami.  It was the most significant nuclear disaster since the Chernobyl catastrophe in 1986.