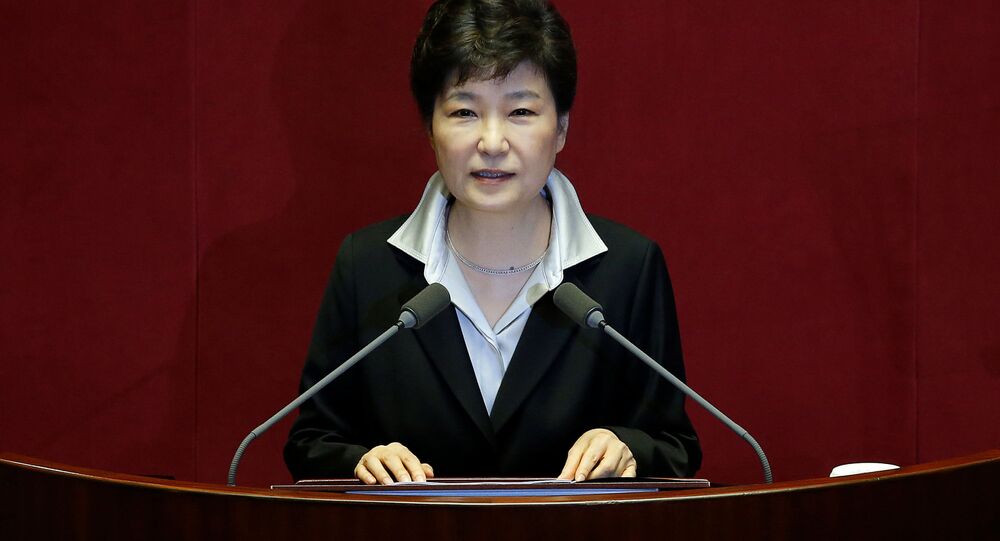 It has emerged than Park Geun-hye was influenced by a group of close friends with no political experience. In fact these friends were a mix of fortune-tellers and cult members, and were not simply consulting Park Geun-hye, but in many cases were literally dictating key political decisions. They also had access to secret government documents. Choi Soon-sil even made drafts of presidential speeches.

Sputnik Japan asked Georgy Toloraya, an expert on Korea, how it was possible for a cult to dictate presidential policy in this day and age.

Toloraya has called the scandal unprecedented.

“Choi Soon-sil was also involved in corruption. But corruption scandals are nothing new to South Korea. The surprising thing is that state policy was built from Choi Soon-sil’s predictions. Referring to supernatural forces this woman promised, for example, that North Korea will collapse in two years, and so on.”

However the expert is somewhat dismissive of any impending impeachment.

“The public is callings for impeachment, but the thing is that the leading political forces of the country are not interested in that now. They are planning for presidential elections to be next year, and right; but now neither the ruling party or the opposition have a worthy candidate,” – Toloraya said.

The expert expects that Park Geun-hye will nominally continue her presidency, but will lose all power over making political decisions, which will be made instead by her office.

© AP Photo / Lee Jin-man
Choi Soon-sil, a cult leader's daughter with a decades-long connection to President Park Geun-hye, is surrounded by prosecutor's officers and media upon her arrival at the Seoul Central District Prosecutors' Office, Oct. 31, 2016

Nobody knows if one of the most important steps made by Park Geun-hye, the deployment of the US THAAD missile defense system, was made on the advice of her controversial circle of friends, but it is well known that this decision sparked outrage in the local communities where THAAD is to be deployed. It was also condemned by Russia and China.

Toloraya doubts the possibility of revising this decision by a new president. “Some consequences are practically irreversible,” — the expert warns.

“As we know now, Kaeson Park was closed under the advice of Choi Soon-sil. But it is not easy to restart its operation. THHAD systems are not yet deployed yet, but I guess that the next president will have to confirm Park Geun-hye’s decision just on the strength of recent developments in the geopolitical situation which followed this decision.”

As public fury grows, Park Geun-hye’s approval rating has dived dramatically, reaching 14%. It is likely to soon fall to the level of her predecessor Roh Moo-hyun, who committed suicide after a corruption scandal which saw his rating plunge to 5%.