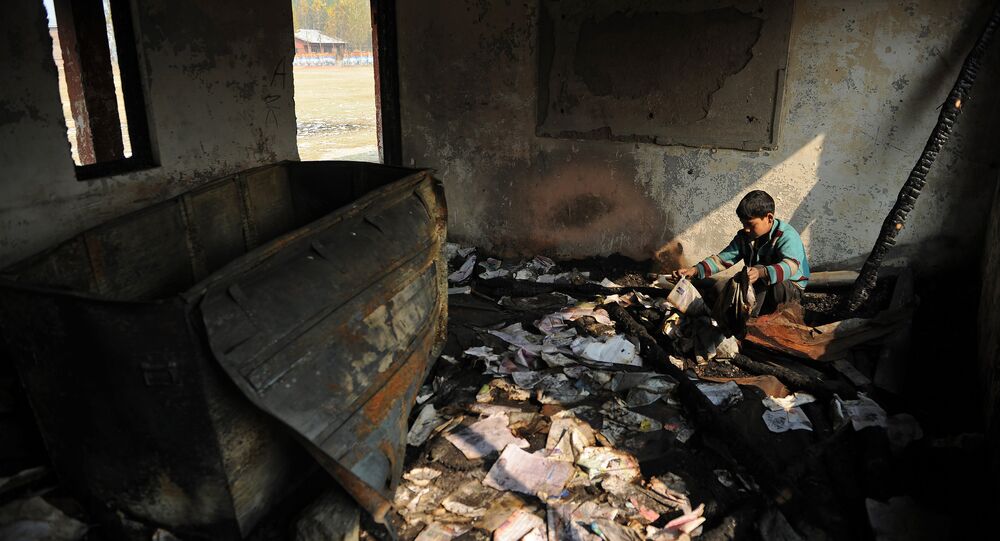 Authorities Close Over 200 Kashmir Schools Due to Cross-Border Shelling

At least 174 schools in the Jammu district will remain shut, with another 45 schools closed in the Samba district situated within 2.5 km of the border after shelling across the border between India and Pakistan.

© AP Photo / Mukhtar Khan
Cross Border Shelling Between India, Pakistan in Kashmir Kills 13 People
MOSCOW (Sputnik) — Over 200 schools in the Indian state of Jammu and Kashmir have been shut indefinitely due to shelling across the border with Pakistan, local media reported on Wednesday.

"In view of the prevailing situation at the international border and the line of control (LoC) in Jammu district, and purely as a precaution… the schools (identified) shall remain closed till further orders," Jammu deputy commissioner Simran Deep Singh was quoted as saying by the Times of India.

At least 174 schools in the Jammu district will remain shut, with another 45 schools closed in the Samba district situated within 2.5 km of the border.

The order applies to state and private schools in areas located along the border and the Line of Control, according to the newspaper.

In the last four months, at least 27 schools have been set on fire in the Kashmir Valley. According to Tuesday media reports, police have arrested 12 suspects, and were searching for a further 23.

© AP Photo / Altaf Qadri
Militants Attack Police Convoy in India's Kashmir Wounding Eight
Kashmir has been disputed between India and Pakistan since the partition of India in 1947. The two countries have gone through three wars over the region, but the conflict has not been resolved.

The recent escalation of violence across the India-Pakistan border came after 19 Indian soldiers died as a result of the September 18 attack by armed militants on a base outside of Srinagar, the capital of India-administered Kashmir.