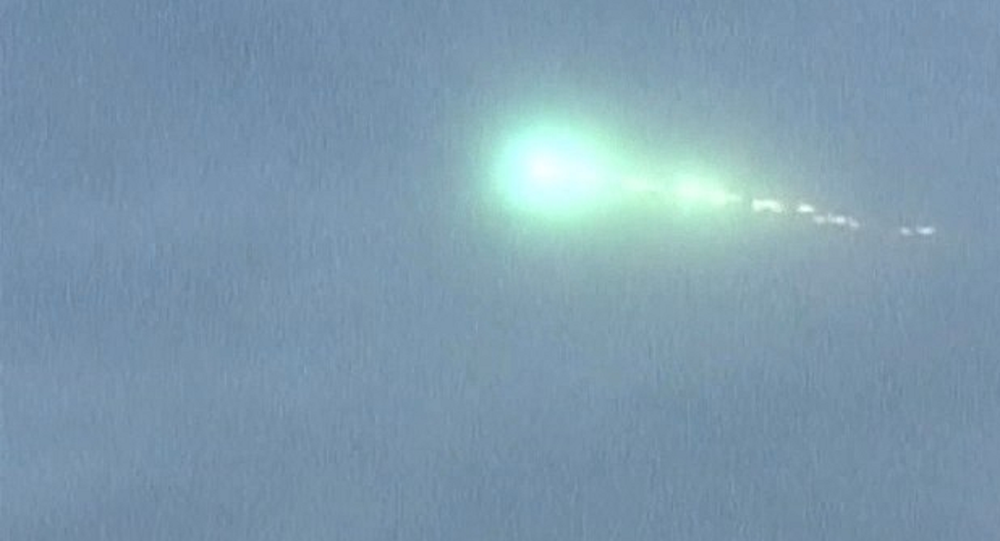 A massive fireball was caught on camera blazing through the sky over the coast of northern Japan on Monday morning.

In the footage, an extremely bright green object is seen flying through the sky for approximately 15 seconds before vanishing from view.

The stunning video was captured by a Nippon TV affiliate’s weather camera, and is believed to be a very bright meteor — which is typically referred to as a fireball.

“A fireball is another term for a very bright meteor, generally brighter than magnitude —4, which is about the same magnitude of the planet Venus as seen in the morning or evening sky. A bolide is a special type of fireball which explodes in a bright terminal flash at its end, often with visible fragmentation,” the American Meteor Society explains on their website.

Fireballs are fairly common, as several thousand streak through the Earth’s atmosphere daily.

“The vast majority of these, however, occur over the oceans and uninhabited regions, and a good many are masked by daylight. Those that occur at night also stand little chance of being detected due to the relatively low numbers of persons out to notice them,” the AMS explained.