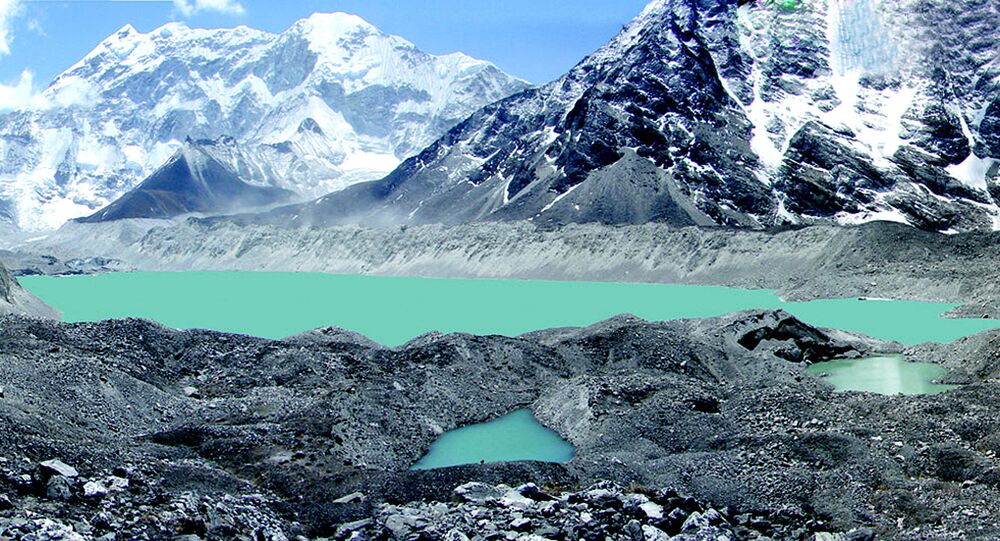 The Nepalese Army has successfully completed an eight-month operation to drain a risky glacial lake near Mount Everest that was threatening thousands of lives through flooding.

© Flickr / mariusz kluzniak
Melting Point: India to Study Climate Change in Himalayas
New Delhi (Sputnik) – Nepal has averted an imminent catastrophe by draining the waters of the glacial lake Imja Tsho, which put thousands of lives in danger. Although the risk of flooding from this glacial lake has been reduced, climate experts warn that the overall threat is far from over. Many similar lakes pose a danger to adjacent villages as well as Indian population centers further downstream.

According to Nepal government sources, the Nepal army teamed up with the United Nations Development Program to successfully drain the lake. The Nepalese army with the help of local citizens constructed an outlet to safely release the water of the glacial lake. The whole process took eight months.

Imja Tsho is the fastest-filling glacial lake in Nepal situated at an altitude of 5,010 meters, just 10 km south of Mount Everest, the world’s highest peak. The lake began forming in the 1950s. Today, the huge volume of accumulated water had become a cause of concern as it was threatening to breach its banks and flood the villages downstream.

The Himalayan nation is home to nearly 3,000 glaciers but this glacier was proving worrisome. The surging waters from this glacier would have uprooted more than 50,000 people living in the nearby villages as well as the southern district of the country.

“Due to the climatic changes, Himalayan glaciers are melting at an alarming rate which has created numerous glacial lakes and some of these lakes are so huge and dangerous that they are environmental risks. In fact, these dangerous lakes are not only a concern for Nepal but are likely to impact vast areas in India if they break out. They can cause severe earthquakes as well as massive flooding in both Nepal and India,” Sulagna Chattopadhyay, an expert on Climate Change studies told Sputnik.