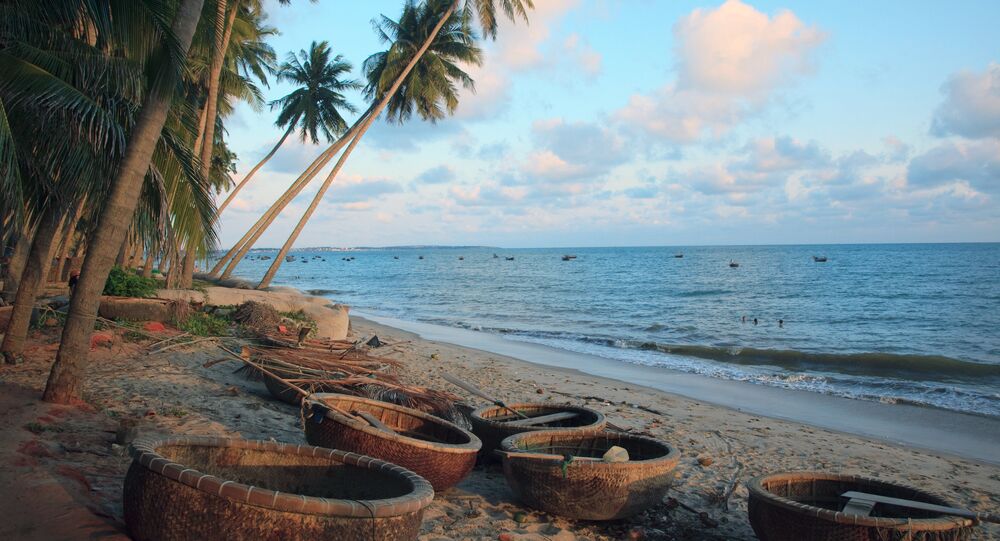 Philippine President Rodrigo Duterte announced his "separation" from the US, declaring he had realigned with China as the two agreed to resolve their South China Sea dispute through talks. An expert in the Asia-Pacific region Ken Jimbo told Radio Sputnik that this decision is likely to ease tensions in the South China Sea.

© REUTERS / Thomas Peter
Philippines' 'Balanced Policy in Choosing Partners' Yields Shift to China
The leaders of Japan and the Philippines have agreed to work together on promoting peace and stability in the region. They signed a range of deals on military and economic cooperation, with Japan set to provide Manila’s armed forces with patrol boats and training aircraft.

Tokyo, in its turn, welcomed his bid to improve ties with China. Manila’s alliance with the US, which has been overshadowed by Duterte’s inflammatory rhetoric against Washington, was not discussed.

In the meantime, US sources say that Philippines and the US will decide the fate of their decades-old joint exercises next month. The issue will reportedly be discussed during the annual meeting between Philippine and US military representatives scheduled to be held on November 24.

Last week Duterte announced his separation from the US, although later he softened his tone. But on Tuesday he was at it again, stressing that the US should not treat the Philippines "like a dog on a leash."

Speaking to an audience in Tokyo on Wednesday Duterte stressed that he wants foreign troops out of his country, possibly within the next two years.

Earlier the leader declared that he had realigned with China as the two agreed to resolve their South China Sea dispute through talks.

Radio Sputnik discussed the issue with Ken Jimbo, Associate Professor at the Faculty of Policy Management of the Japan's Keio University and an expert in Asia-Pacific region.

"The US-Philippine relationship is one of the most fundamental to support the US military presence especially in South-East Asia," he told Radio Sputnik.

"President Obama actually had a so-called enhanced defense cooperation agreement to allow more US rotational presence in this region.However the Philippines have their own agenda to try to distance themselves from Washington and align towards China," he added.

He further explained that the decision of the Philippines to make a deal with China will have the short-term effect of easing tensions in the South China Sea.

But in the medium and the longer terms, he said, if the Philippines do not stick to the rule of law made by the Arbitration Court, China will be there to take advantage of the situation and create an institution and norms and rules in the South China Sea "which will be perfectly in favor of the Chinese-kind of behavior which is reclamation and militarization."

Such a behavior will create a de-facto Chinese influence over the South China Sea, the expert finally stated.