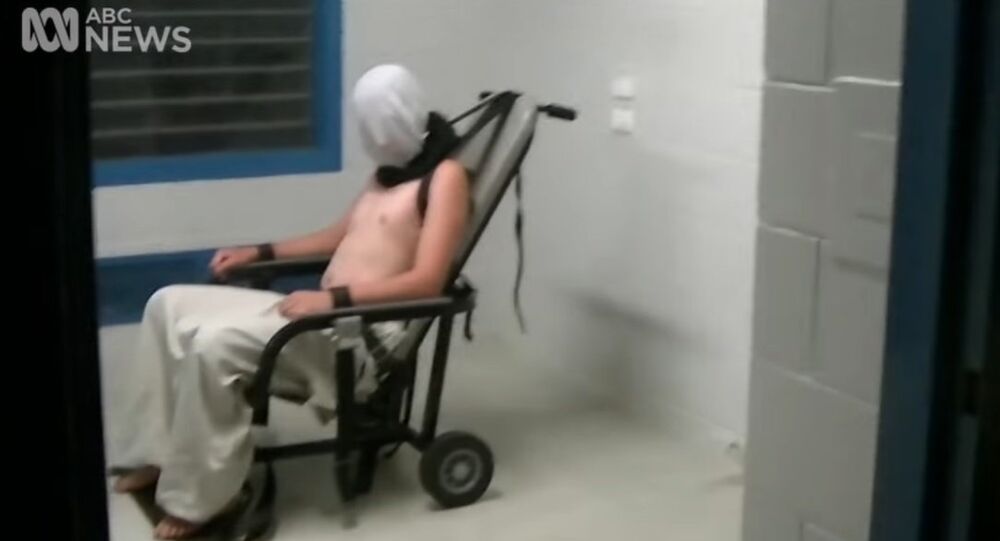 Australian Northern Territory authorities permanently ban the use of spit hoods and restraint chairs for youth in juvenile detention, according to Dale Wakefield, the minister for territory families.

MOSCOW (Sputnik) — Australian Northern Territory government introduced a new bill on Tuesday to permanently ban the use of spit hoods and restraint chairs for youth in juvenile detention, the minister for territory families said.

"The determination will prescribe that approved restraints are used as a last resort, where methods of engaging a youth detainee to de-escalate behaviour have been exhausted," Dale Wakefield, who submitted the bill, was quoted as saying by Sky News Australia.

© Wikipedia / 663highland
Japanese Juvenile Prison to Become a Hotel
The bill comes in response to footage that was aired on national television of youth detainees at the Don Dale juvenile detention center, being strapped to restraining chairs while spit hoods were applied on their heads. The footage has caused public rage and triggered a royal commission into the protection and detention of children in the Northern Territory.

Under the new legislation, only handcuffs, ankle cuffs and waist restraining belts will be allowed to restrain youth detainees. The youth justice system in Australia deals with young people aged 10–17 who have committed crimes.

Thousands of Australians Protest Against Abuse in Prison for Underage Criminals