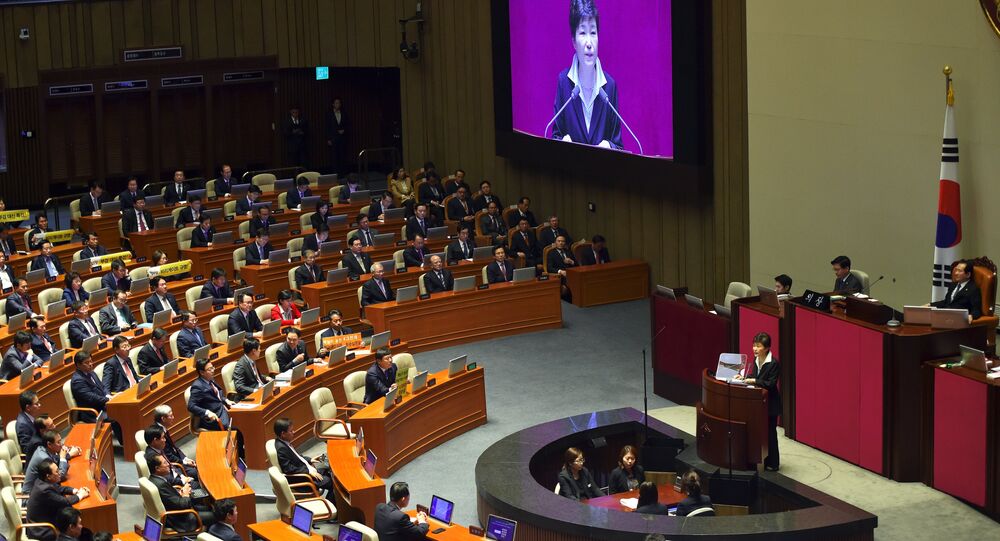 According to local media reports, the majority of South Korea’s political parties have supported President Park Geun-hye’s proposal to revise the constitution.

© Flickr / all_usernames_are_taken
'Firmer and Stronger': South Korea, US to Enhance Defense Against Pyongyang
MOSCOW (Sputnik) – The majority of South Korea’s political parties have supported President Park Geun-hye’s proposal to revise the constitution, which limits her time in office to a single term, local media reported Monday.

"The constitutional revision debate, already under way in parliament, is generating support from the people," the ruling Saenuri Party was quoted by the national Yonhap new agency as saying.

The 1987 constitution limits the presidency to a five-year term without a rerun option. Park reportedly wants to extend it to two terms in order to secure continuity.

But opposition parties argued that the large-scale reform was aimed at diverting attention from the growing corruption scandal.

The Park administration is accused of being influenced by Choi Soon-sil, daughter of a late pastor and the president’s confidant. The outlet cited opposition parties as saying the government had forced Korean multinationals to contribute to Choi’s K-Sports foundation.