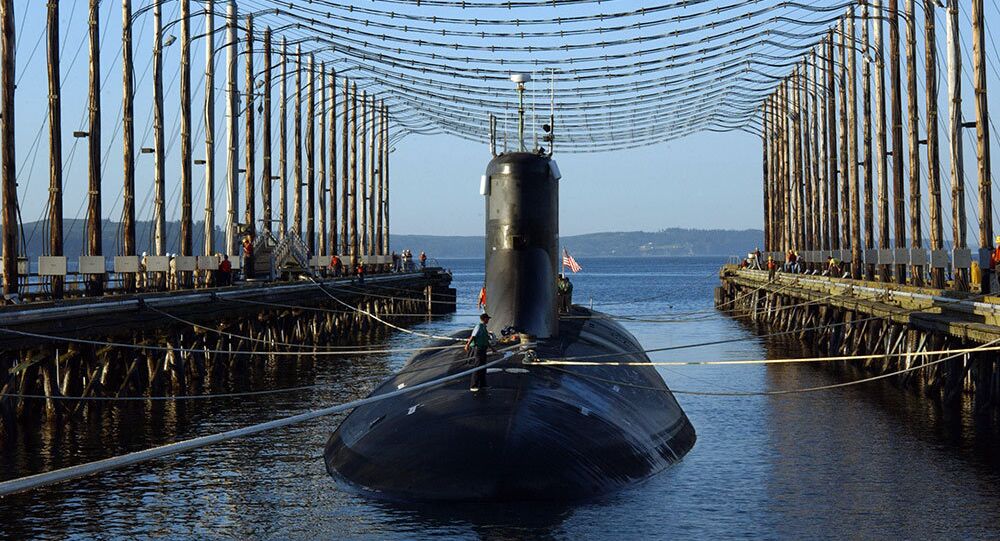 India has commissioned its first nuclear-powered submarine capable for launching medium range nuclear-tipped ballistic missiles. With the INS Arihant now in service, India has completed its nuclear triad, making it capable of launching nuclear missiles from land, air and sea.

In an interview with Sputnik Moscow-based military expert Vasily Kashin said that even though the completion of India’s nuclear will hardly have any short-term effect on the balance of forces in the region, but in the long haul this would have very serious consequences for countries with strategic interests in the Indian Ocean.

© AP Photo / Rafiq Maqbool
India to Build 6 Nuclear-Powered Submarines - Navy Chief
The 6,000-ton Arihant is the first of four such nuclear-powered submarines — the minimum number India needs to have at least one such SSBN on patrol at any time, while the others are being repaired or undergoing routine maintenance checks.

“This doesn’t mean however, that India will be able to ensure non-stop patrols. The French and the British have four SSBNs each to ensure constant patrols and nuclear deterrence, but they vare way more experienced and their subs are technologically more advanced too,” Vasily Kashin said.

Nuclear submarines require expensive and well-protected infrastructure to service their nuclear power plants and nuclear-tipped ballistic missiles, which makes the defense of nuclear submarine bases and their access routes a major priority.

“The US, Britain and France together enjoy absolute advantage over any potential adversary, that’s why their missile-armed nuclear subs are virtually invulnerable when out at sea. Other countries with such weapons have no such edge,” he said.

He added that for Russia the situation was made easier by the existence of internal seas, such as the White Sea and the Sea of Okhotsk, NATO subs could have problems sailing into.

Russian submarines are also able to sail under the pack ice of the Arctic Ocean where they are less vulnerable to an enemy attack.

“China is less lucky, that’s why it is trying to establish a safe patrol area in the South-China Sea which partly explains its behavior in those disputed waters,” Kashin noted.

He added that India is also mindful of the smaller, but nonetheless formidable, Pakistani Navy with its advanced French-made submarines.

Additionally, Islamabad will soon be buying eight new generation diesel submarines in China, whose qualitatively and quantitatively superior naval force  is even a bigger threat.

“Even with the lease of a pair of relatively modern Project 971 nuclear submarines from Russia, India will find it hard to protect its submarines especially now that the purchase of  modern diesel-powered subs may be held up by bureaucratic red tape,” Kashin said, adding that Pakistan might want to equip its diesel subs with nuclear-tipped anti-ship missiles or buy North Korean technology of building diesel submarines armed with two-stage solid-fuel medium-range missiles.