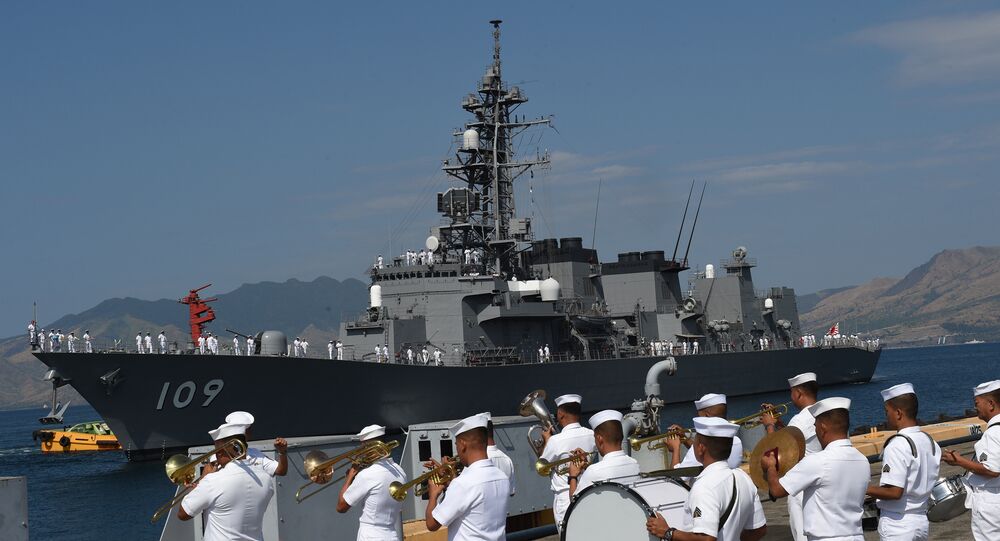 © AFP 2021 / PRAKASH SINGH
India, China Hold Drills to Practice Earthquake Readiness Actions
TOKYO (Sputnik) — According to the Yonhap news agency, the drills will involve the interception of ships, as well as search and rescue operations.

Since early 2016, the Korean Peninsula coast has witnessed multiple military drills, held under the auspices of the United States. The drills come amid tensions generated by the North Korea's nuclear and ballistic missile tests conducted despite UN Security Council resolutions.

On Monday, media reported, citing a North Korean official, that Pyongyang was ready to carry out a preemptive nuclear strike against the United States if Washington mobilized its nuclear forces against the country.

North Korea has been under pressure from the international community since a nuclear test and the launch of a long-range rocket in January. On March 2, the United Nations adopted a resolution 2270 that tightened sanctions against Pyongyang.