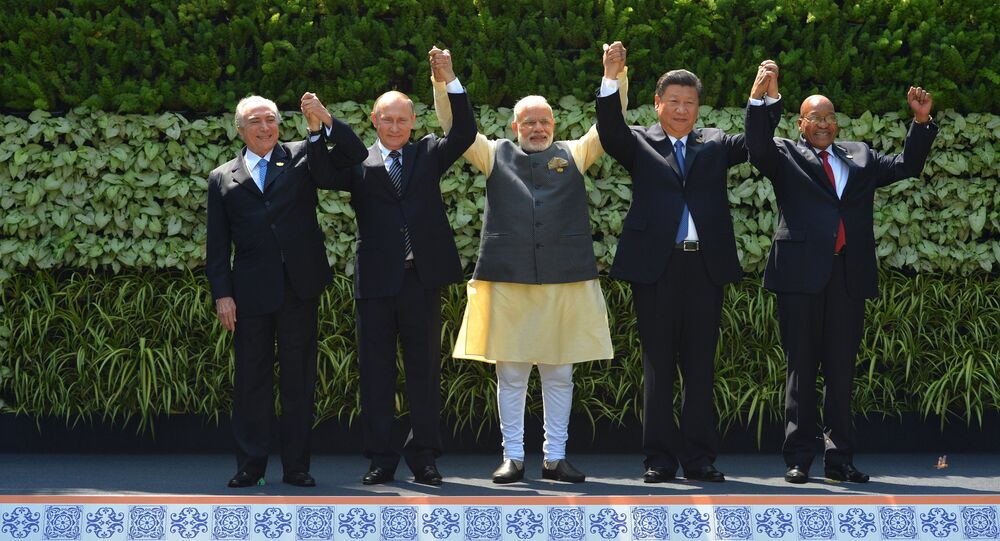 The BRICS member states' leaders are holding a restricted meeting on the sidelines of the BRICS Summit in Goa.

Global economic situation and fighting international terrorism are expected to be on top of the agenda at the negotiations. The leaders are also expected to focus on the Syrian crisis.

The eighth annual BRICS event is taking place on October 15-16 in India’s Goa and is attended by all five leaders, who are set to discuss a plan for cooperation in the near future as well as a wide range of political, economic and security issues.