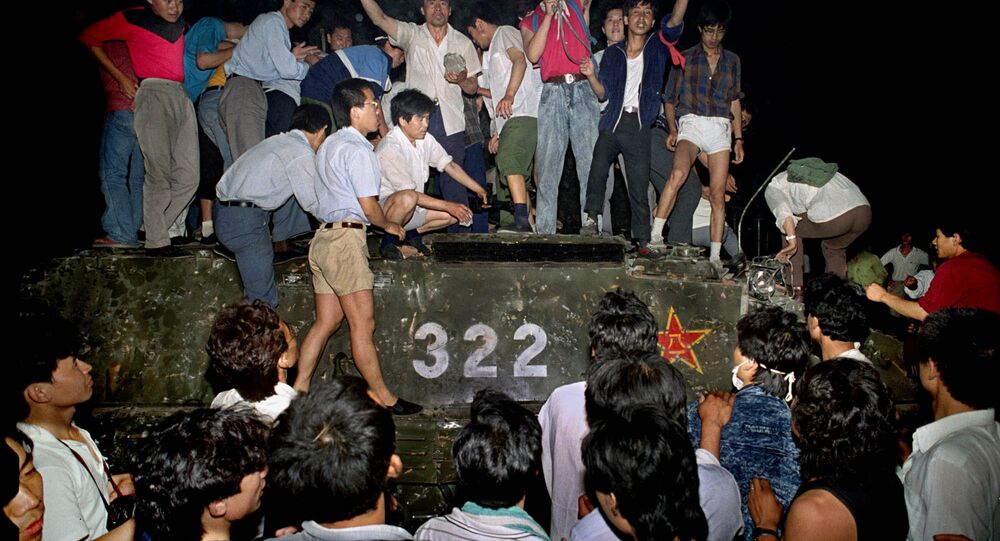 On Saturday, Miao Deshun, the last known prisoner associated with China’s 1989 Tiananmen Square rebellion, was released from Yanqing Prison in Beijing. His sentence was commuted due to good behavior.

Miao was one of over 1,600 arrested and imprisoned in connection with the uprising, which saw the harsh military repression of the June 1989 demonstration led by students. He was a 25-year-old factory worker from the Hebei province when he was accused of throwing a basket at a burning tank with four of his co-workers.

The Beijing Intermediate People’s originally gave Miao a death sentence with a two-year reprieve in August of 1989, but he was sentenced to life in prison in 1991, and 20 years in 1998. San Francisco-based human rights organization Dui Hua uncovered documents in May that showed that Miao’s sentence was reduced another by 11 months, which allowed him to be released early.

Dui Hua Executive Director John Kamm said in a May statement that the organization was very pleased about his impending release and they "hope that he will receive the care he needs to resume a normal life after spending more than half of it behind bars."

He added that Miao is affected with serious mental and physical health concerns because of his incarceration. "Miao has had no contact with the outside world for many years." He began, "People who served sentences with him in the 1990s remember him as a very thin man who refused to admit wrongdoing and participate in prison labor. He is said to have spent time in solitary confinement. Miao suffers from hepatitis B and schizophrenia. He was transferred in 2003 to Yanqing Prison, which has a ward for sick, elderly, and disabled prisoners. Miao’s family stopped visiting him more than ten years ago, reportedly at Miao’s request."

In 2014 former prisoner Sun Liyong told BBC that Miao was the last Tiananmen prisoner because  "he never admitted he was wrong, he refused to obey regulations and refused to participate in labour through re-education."

Despite his release, Miao will still have a seven-year hold on his "political rights", which means his voting and freedom of speech rights are suspended.

William Nee, China Researcher at Amnesty International told CNN, "The Chinese government continues to run the world’s largest censorship apparatus — in part to block the spreading of sensitive historical information like the Tiananmen crackdown — and it continues to harshly deal with the few people who bravely attempt to commemorate and pay tribute to those who died during the period."