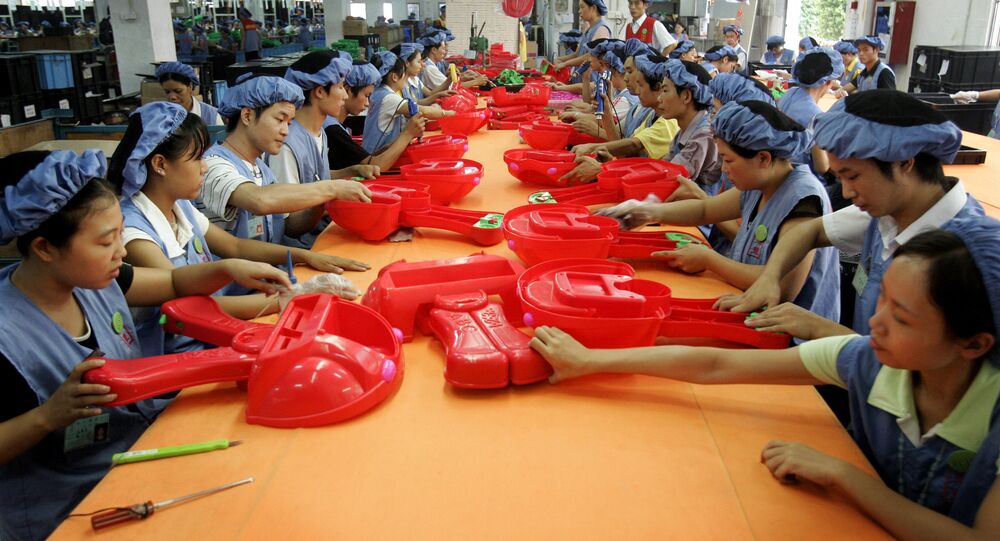 India Denies Any Kind of Import Ban on Chinese Products

As trade deficit with China reached almost half of the India’s total trade deficit, some Indian politicians suggested a ban on alleged low quality Chinese products.

© Flickr / United Soybean Board
Outraged Indian Customers Force Shopkeepers to Crack 'Fake' Eggs in Front of Them
New Delhi (Sputnik) — India's trade minister has denied any consideration of a ban on import of Chinese products to minimize the burgeoning trade deficit with China.

"Just because we may not like certain things about a country is not reason enough to block imports from that country. We could impose anti-dumping duties, but there are established ways to go about it and dumping has to be proved," said Nirmala Sitharaman, Indian Commerce and Trade Minister.
Some leaders and domestic manufacturers have requested and launched a campaign against alleged low quality cheaper Chinese products in Indian market.

However, India could impose anti-dumping duty only in case of violation of WTO norms. "If any industry lobby or consumer lobby approaches us with information and facts, citing standards issues or if they have definitive proof of any products which contains any hazardous material, only then we can impose the ban," Sitharaman said.

Earlier, Manohar Parrikar, Indian Defense Minister, said, "As a country, we can't put a ban on imports of Chinese products as we are part of the World Trade Organization. However, not to buy Chinese products can be taken at individual level."

Meanwhile, Nirmala Sitharaman has requested expeditious clearances for import of Indian rice and a "Green Channel" for import of Indian pharmaceutical products to China — especially those which already have USFDA and EUFDA accreditation. India has expressed concerns at the long drawn out procedures for clearances which tend to frustrate Indian companies seeking business opportunities in China.

Barbarism in India: Tongue Chopped Off for Reporting Electricity Theft