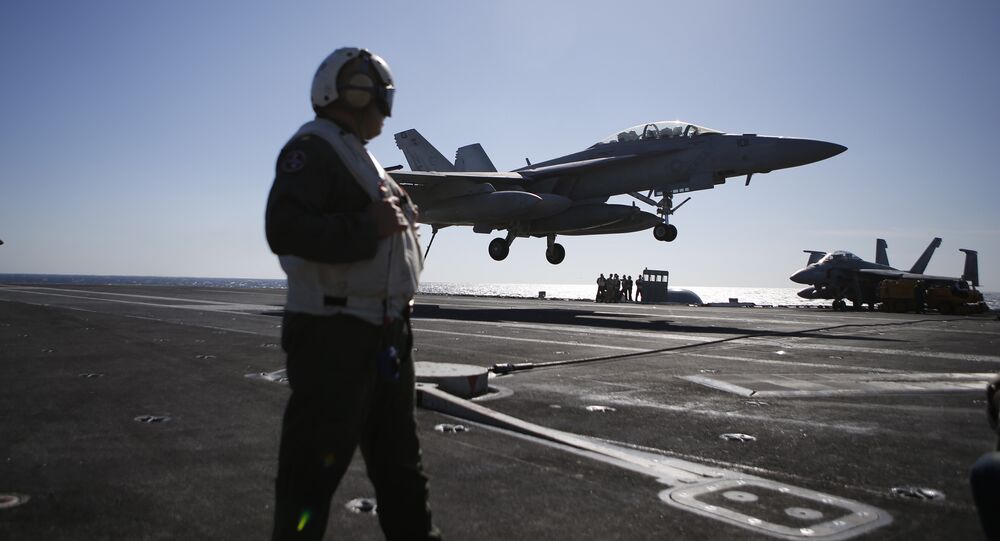 The drills are intended to prepare for defense against North Korean nuclear aggression, Seoul officials reported.

The exercises are part of the six-day Invincible Spirit 2016 drill, which will run through October 16, and which involves the US Navy's Ronald Reagan Carrier Strike Group and its nuclear-powered USS Ronald Reagan supercarrier, as well as 50 other naval vessels, according to UPI.

A precision-guided missile-strike exercise was carried out October 10 using ship-to-ground and submarine-to-ground missiles with an average flight range of 1,000 kilometers, South Korean media reported. The navies are applying the concept of "Korea Massive Punishment and Retaliation (KMPR)," the Yonhap News Agency reported, citing representatives from South Korea’s defense ministry. The KMPR concept includes pre-emptive bomb attacks against North Korean ruler Kim Jong-un, as well as the country’s military leaders and parts of Pyongyang, in the event of an imminent nuclear attack, they explained.

An October 11 US Navy statement said the exercises will include anti-submarine and anti-surface warfare drills, communication drills, air defense exercises and counter-mine planning, among other activities.

The US plan, according to the news release, is to "increase the level of military pressure on North Korea, by taking steps after the deployment of the USS Ronald Reagan to send other major strategic weapons," UPI reported, citing a military official who spoke with Korean news service Edaily.

The exercise comes amid reports of activity around North Korea’s nuclear test site and speculation that a new test may come this month to mark the anniversary of the foundation of North Korea’s Workers Party.