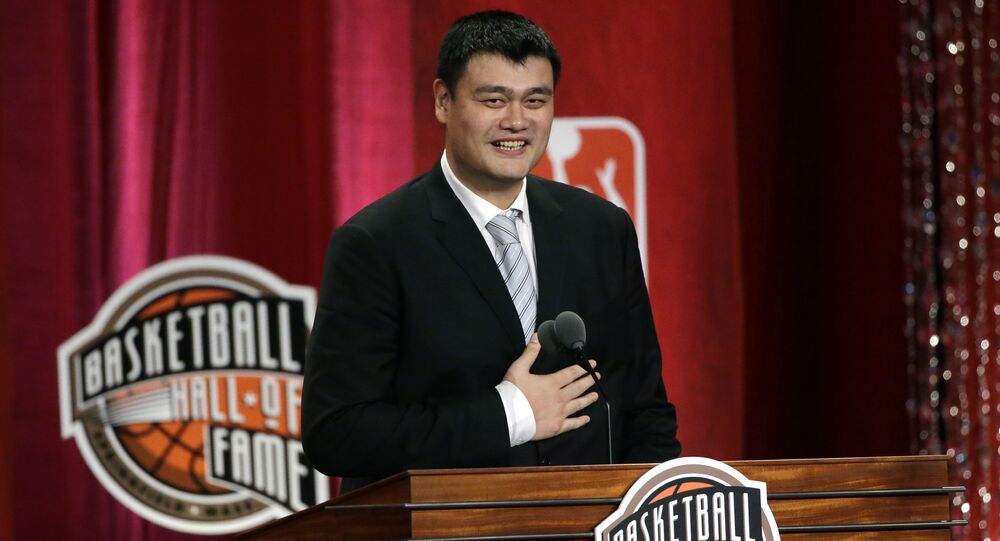 China has appointed 11 celebrities to represent the country on Mars; however the new envoys don't actually have to go there and can quite happily do their jobs from the comfort of Earth.

Among the chosen celebrities is the country's retired basketball star Yao Ming, who played for America’s Houston Rockets in the National Basketball Association.

Yao Ming is now a Chinese ambassador to Mars pic.twitter.com/epQ7Kwo58M

​He isn’t only a famous sportsman, he's also somewhat of an internet celebrity, with his famous laughing face now a popular online meme.

​His popularity and celebrity, both internationally and in China, should help boost positivity for the costly mission.

​In 2008, he led his country at the Beijing Olympics opening ceremony and played in the tournament, despite initially ruling himself out due to injury.

Lang Ping, the coach of the women’s Olympic gold-medal-winning volleyball team also gets the honor of representing her country.

© AP Photo / Domenico Stinellis
Chinese composer Tan Dun poses in a pool with chord instruments used for a performance as part of the Chinese pavilion 'Other Future' during the 56th Biennale of Arts in Venice, Thursday, May 7, 2015

The nominations are designed to promote the nation’s first mission to Mars in 2020.

"The 11 ambassadors will help publicize the Mars program, encourage interest in science and technology among young Chinese people and promote China’s international image," according to South China Morning Post.

The 2020 mission is set to be launched on a Long March-5 carrier rocket from the Wenchang space launch center in southern China’s Hainan province.

If successful, the mission will make China the second country in history to put a rover on Mars.