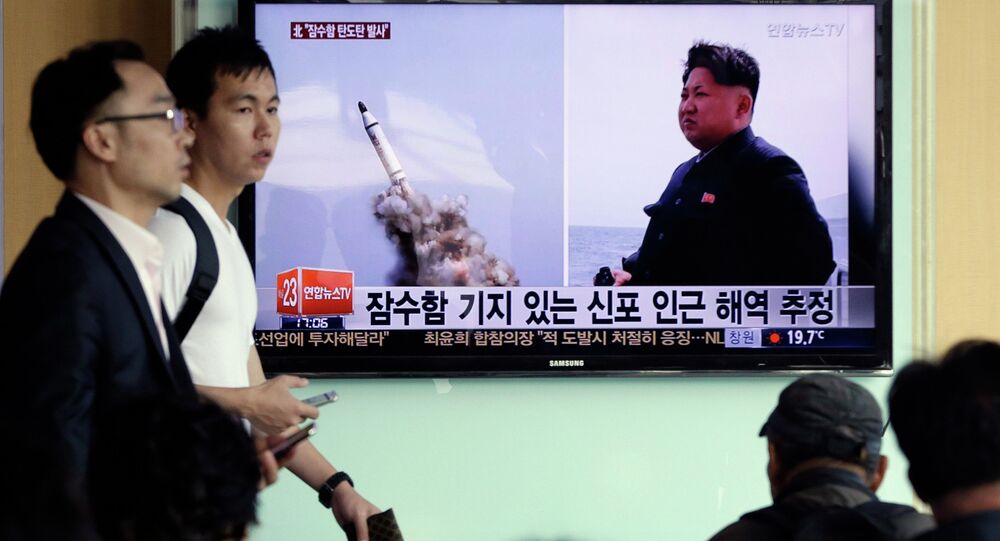 A leading Chinese professor Zhe Sun said at a security forum in Washington that Beijing has already begun contemplating ‘decapitation’ strikes against the dictatorship in North Korea after Kim Jong-Un’s regime conducted two nuclear tests in less than a month.

According to a report by the Korea Times, Professor Zhe Sun told a security forum in Washington that Chinese leaders are debating the best way to deal with an increasingly unhinged North Korean regime that has escalated its march towards fielding a nuclear intercontinental ballistic missile capable of striking the mainland United States.

"Some Chinese scholars and policy makers began to talk about supporting ‘surgical strikes’ and decapitation’ by the US and South Korea as one policy option," said the esteemed professor. "More radical proposals indicate that China should change the leader, send troops across borders and station in DPRK, force DPRK into giving up nuclear and beginning opening up and reforming."

The statements that China may be considering regime change in North Korea are unprecedented with Beijing long serving as the vital lifeline to Pyongyang dating back to the Korean War in the 1950s and with accusations even being leveled against China that they are aiding Kim Jong-Un’s march towards fielding a destructive nuclear weapon by side stepping sanctions.

North Korea has become a growing concern for the international community after demonstrating an ability to perfect the miniaturization process necessary to load a nuclear warhead into an intercontinental ballistic missile, a matter of technical sophistication that many defense analysts had previously believed that Pyongyang was years from achieving and which raises the danger of the regime exponentially.

In addition to miniaturization, North Korea has more aggressively pursued nuclear and ballistic missile testing in 2016 showing capabilities of potentially being able to strike the United States West Coast in a matter of months or years based on recent missile tests and having tested only their fourth and fifth nuclear bombs – the most powerful ones they have fielded yet – in less than a month’s time.

The United Nations has considered expanding already unprecedented sanctions on the isolated and impoverished country, but the regime’s ability to build up weaponry despite the existing sanctions regime may militate towards a different approach – either diplomacy to placate the regime or military action which risks mass loss of life.

Previous US war planning sessions have suggested an attack on North Korea, unless the regime’s leadership could be quickly shutdown, would result in tens of thousands of deaths in South Korea as the Kim Jong-Un regime possesses the capacity to unleash a flurry of chemical, biological, and conventional strikes regardless of whether Pyongyang achieved full nuclear strike capability.