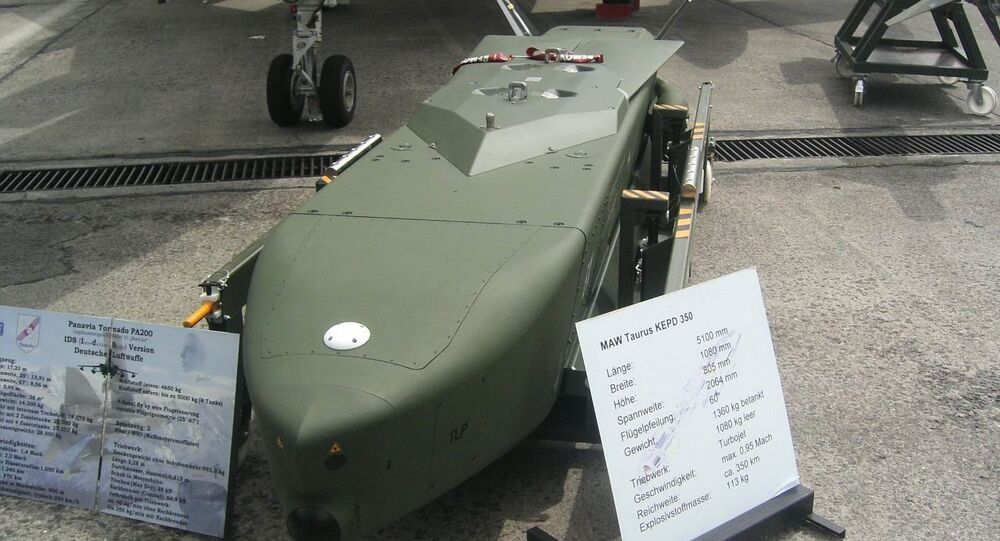 Seoul to Get Dozens More Bunker-Busting Missiles from US

"The military has recently decided to acquire 90 more Taurus missiles to further beef up its anti-nuclear and anti-missile capabilities. The process to purchase the additional missiles is underway," the Yonhap News Agency reported October 4, citing a defense ministry official.

"At a time when North Korea's nuclear and missile capabilities are becoming a reality, our targets have increased so we have decided to acquire 90 additional Taurus missiles," a military official said about the purchase October 4, according to Korea Joongang Daily.

There are currently 170 Taurus missiles scheduled to be deployed with the country’s air force, Yonhap reported. With that deployment, South Korea will become the first Asian nation to use the German-made missile system, which has a range of 500 kilometers.

The system is designed to detect and hit targets hidden behind concrete walls as thick as six meters, and is not affected by North Korean jamming, according to Yonhap.

The range of the Taurus indicates that, if fired from near the border between the two countries, all of North Korea will be within its range, Korea Jonngang Daily reports. The ability to see through and penetrate concrete means they are likely intended to be a key part of South Korea’s Kill Chain missile defense program and its policy of “active deterrence,” in which the country has vowed to preemptively detect and destroy active nuclear and missile threats from North Korea.