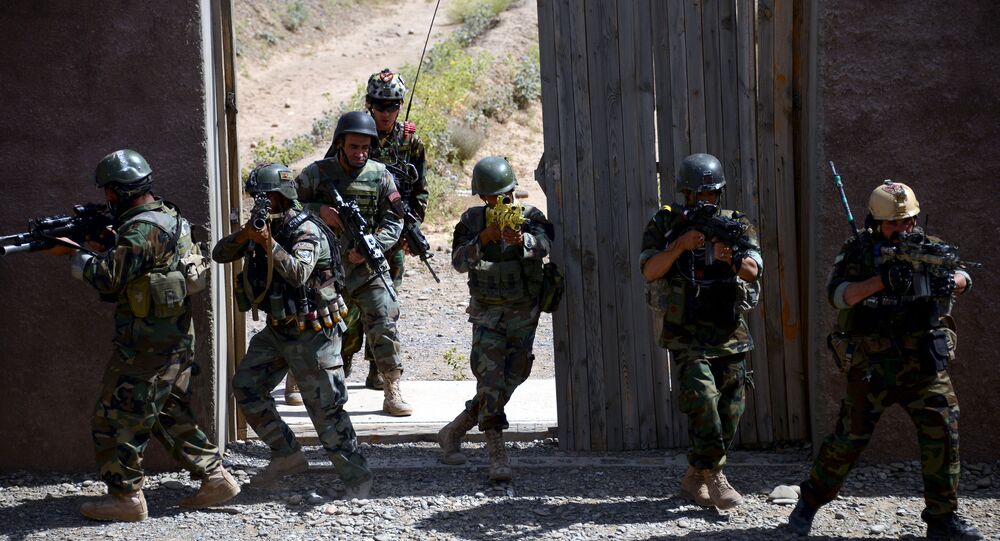 In the ongoing confrontation between Taliban insurgents and the Afghan security forces in the northern Afghan city of Kunduz over two dozen Taliban militants were killed, the Kunduz police chief said Tuesday.

MOSCOW (Sputnik) — In the fight to chase insurgents out of the city, 25 of them were killed by security forces, Gen. Qasim Jangalbah was quoted as saying by the Afghan TOLOnews television network.

© AFP 2020 / Noorullah Shirzada
Daesh vs. Taliban: Afghanistan Between Devil and Deep Blue Sea
The broadcaster has reported earlier that the center of Kunduz has been freed from Taliban, but the government forces have not yet been able to completely oust them from the city.

The Taliban movement has also been able to seize some territories in Helmand and Uruzgan regions in the last two months.