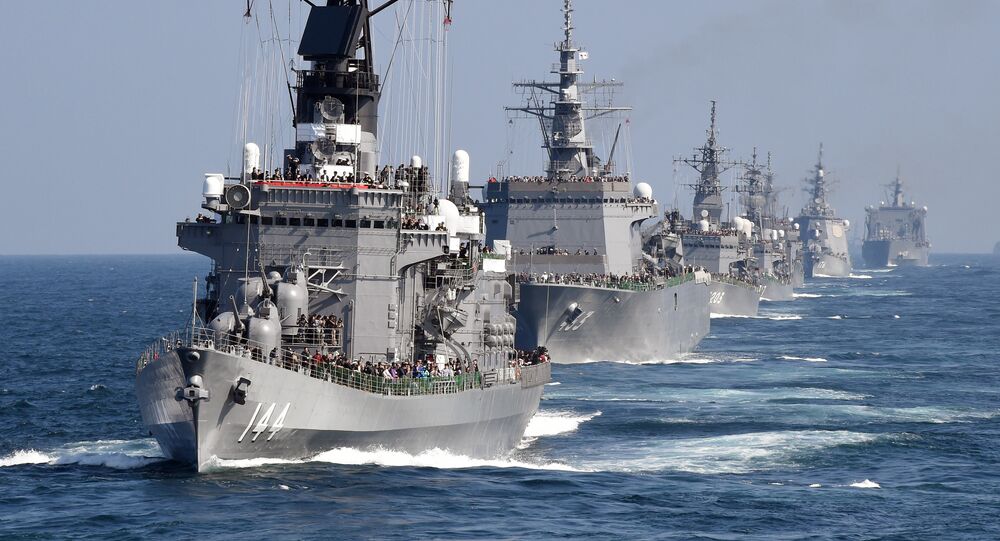 As Tokyo begins to play a more active role in the South China Sea, Beijing has warned against any provocations.

Tensions have escalated between China and Japan over a territorial dispute in the East China Sea, where both nations claim ownership over a string of islands called the Senkakus. But Japan is also in talks with the Pentagon to join military patrols in the South China Sea, a move Beijing warned against on Thursday.

"We must solemnly tell Japan this is a miscalculation. If Japan wants to have joint patrol or drills in waters under Chinese jurisdiction this really is playing with fire," Chinese Defense Ministry spokesman Yang Yujun said, according to Deutsche Welle.

"China’s military will not sit idly by."

The US and its Pacific allies have objected to Beijing’s construction of a series of artificial islands in the South China Sea, concerned that they may be used to establish an air defense zone. China maintains it has every right to build within its own territory and that the islands will be used primarily for humanitarian purposes.

The US Navy has conducted a number of provocative “freedom of navigation” patrols within the 12-mile territorial limit of these islands.

"Japan, for its part, will increase its engagement in the South China Sea, for example, Maritime Self-Defense Force joint training cruises with the US Navy and bilateral and multilateral exercises with regional navies," she said.

The US, which has continually pushed Pacific allies to take a more active role in preventing China’s growing influence in the region, praised Inada’s remarks.

"The United States welcomes Japan’s interest in expanding its maritime activities in the South China Sea," reads a statement from the US Navy.

"We continue to explore ways to enhance US-Japan cooperative efforts to contribute to the security and stability of the region."

A highly contested region through which roughly $5 trillion in international trade passes annually, most of the South China Sea is claimed by China, though there are overlapping claims by Brunei, Taiwan, the Philippines, Vietnam, and Malaysia.

Neither the United States nor Japan have any claims in the region.