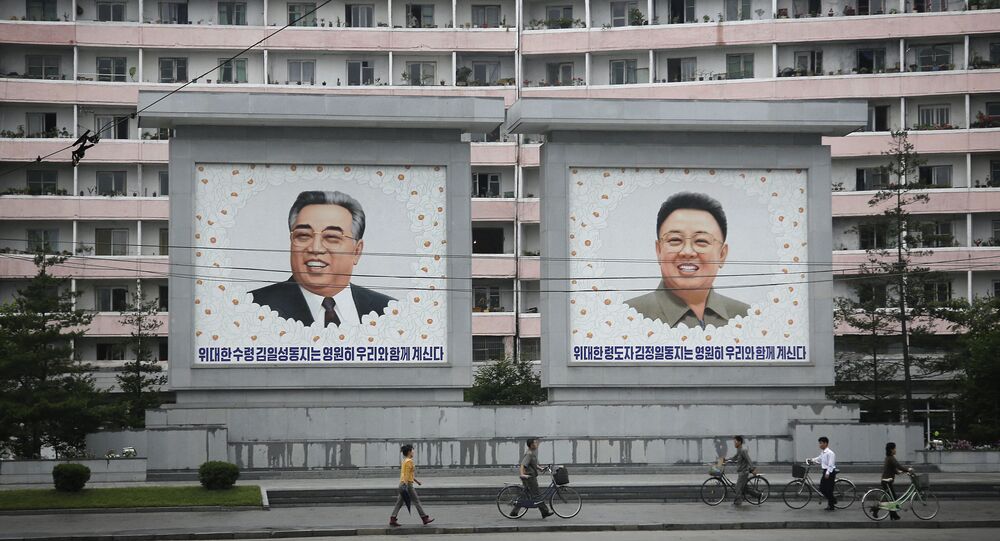 North Korea has condemned the US after two American bombers flew over its southern neighbor. Radio Sputnik discussed this with Christoph Bluth, Professor of International Relations and Security, Division of Peace Studies at the University of Bradford, and a specialist in nuclear weapons policy and the Korean peninsula.

Speaking at the UN General Assembly on Friday, North Korea's foreign minister Ri Yong Ho said the move "can even ignite the outbreak of a nuclear war."

© AP Photo / Richard Drew
North Korea to Push Ahead With Nuclear Deterrence - Foreign Minister
Christoph Bluth said that the international sanctions against North Korea have largely failed to have any tangible effect on Pyongyang, that “the pressure that was supposed to be put on  North Korea, which is trying to improve the wellbeing of its  people, hasn’t had as much effect as [the West] was hoping for.”

He added that the sanctions have also failed to force Pyongyang to abandon its nuclear program.

He added that nobody wants to take military action against North Korea. “They just want to do something and sanctions are the only instrument they have at the moment.”

“But the problem is that [the sanctions] are driving Pyongyang more and more into the arms of China, make it more isolated and, therefore, reduce the impact other countries may have on North Korea,” Christoph Bluth emphasized.

© REUTERS / Kim Ju-sung/Yonhap
UN Chief Calls on North Korea to Fulfill Int'l Obligations Amid Nuclear Tests
Speaking about the chances of North Korea being expelled from the United Nations, Christoph Bluth said that it was something South Korea wanted, but China would hardly let it happen.

When asked if China would be ready to use any pressure against Pyongyang now that the US was going to deploy its THAAD antimissile defense system in South Korea, Bluth said that because of the rising tensions in the South China Sea Beijing has been less cooperative on North Korea than in the past.

He added that the military deployments and tests are largely symbolic as nobody can afford to start a war against the United States and the US has abandoned the idea of striking North Korea because of the estimates of civilian casualties North Korea could inflict on the South.

“So I don’t think there is a real risk of a military confrontation because despite all these large military concentrations in the region, no one is really going to start a war,” Christoph Bluth said in conclusion.