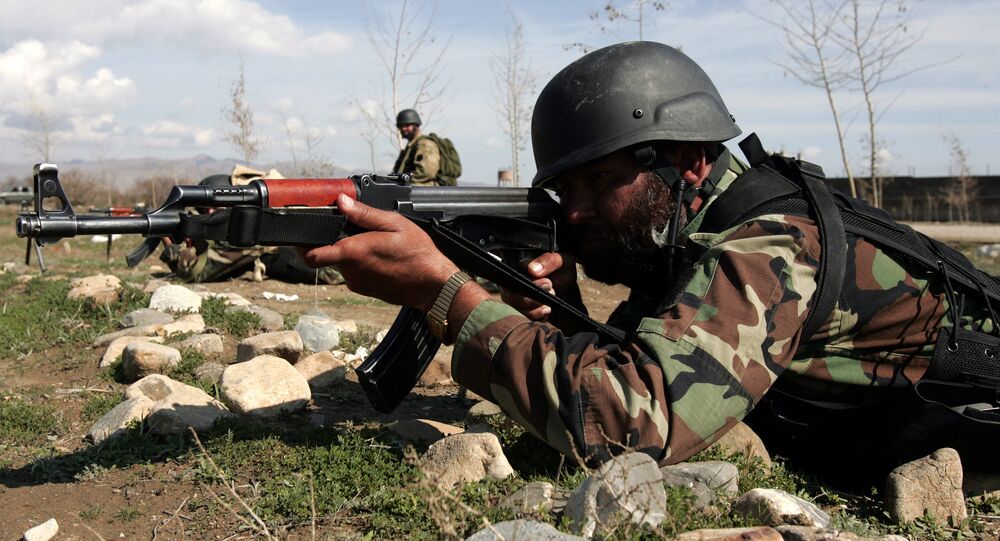 The first Druzhba-2016 ("Friendship-2016") Russian-Pakistani joint military exercise is kicking off in Pakistan on Saturday.

© Sputnik
Russian, Indian Militaries Are About to Launch Talks On Indra 2016 Drills
MOSCOW (Sputnik) — The Pakistani Army and the Russian Ground Forces have come together in military exercises for the first time, with around 70 personnel from Russia's Southern Military District (SMD) mechanized infantry brigade, stationed in the Karachaevo–Cherkessian Republic, and a total of 200 troops in total taking part on both sides. The drills will take place at the Army High Altitude School in northern Pakistan's Rattu and at a special forces training center in Cherat.

"Personnel from the Southern Military District mechanized infantry brigade have arrived at a field camp base in the Cherat range to take part in the first large-scale Russian-Pakistani Druzhba-2016 exercise…The exercise will take place between September 24 and October 10, 2016, at the Cherat training range," the Russian Defense Ministry said on Friday.

The drill will involve experience sharing and will aim to develop coordination in carrying out practice combat tasks in a mountainous environment, including operations against illegal armed groups.

Earlier in September, India, which has tense relations with Pakistan due to territorial disputes, expressed concern over the exercises. The Russian Foreign Ministry later reassured India that the exercises will not take place on disputed territories and stated that India had been fully informed on the details of the exercise.

© Sputnik / Sergei Pivovarov
Russian Troops Arrive in Pakistan for First Druzhba-2016 Joint Drills
On Friday, Russian-Indian Indra-2016 joint counterterrorism exercises also began and will run through until October 2. Two more exercises with India are planned for the near future.

Russia is holding a number of international joint military exercises this year. These involve Commonwealth of Independent States (CIS) countries, India, Mongolia and Vietnam. The drills with Pakistan are set to become one of seven international exercises planned for 2016, according to Russian Commander-in-Chief of the Land Forces Oleg Salyukov.

Russian-Indian Indra-2016 Drills to Be Held Sept.23-Oct.2 in Primorsky Territory

Russian, Indian Militaries Are About to Launch Talks On Indra 2016 Drills