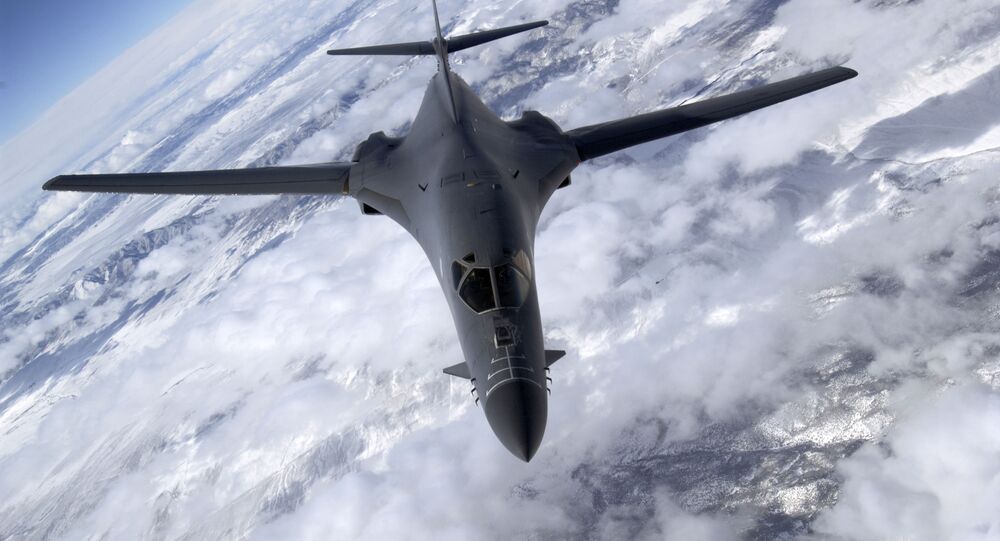 'Not a Game': US Flies More Nuclear Bombers Over Korean Peninsula

Following the US Defense Secretary’s warning that American troops are prepared to fight North Korea, the Pentagon has flown two bombers over the peninsula in a show of force.

In the wake of these comments, the American military escalated tensions on the peninsula on Wednesday by launching a pair of supersonic bombers over South Korea.

"What we are showing today is just one tool we have to choose from a wide array of options. The alliance grows stronger every day and we remain prepared to defend and to preserve the security of the Korean Peninsula and the region," said a statement from Lt. Gen. Thomas Bergeson, commander of the US 7th Air Force in South Korea, according to Military.com.

The planes flew out of Andersen Air Force Base in Guam and landed at Osan Air Base, roughly 75 miles from the demilitarized zone.

This is the second such flyover in as many weeks. On September 13, the US flew two nuclear-capable B-1B Lancer bombers over Osan Air Base. While the drill was meant as a message to the North, Pyongyang appeared unphased.

"They are bluffing that B-1Bs are enough for fighting an all-out nuclear war," said a statement from the state-run Korean Central News Agency.

The statement added that the DPRK would take strong measures against the US if necessary.

"They had better stop their rash actions," the statement said.

The flyovers come in the wake of Pyongyang’s latest nuclear test, believed to be the fifth since 2006. Already facing harsh sanctions from the United Nations, North Korea has also faced condemnation for its ballistic missile tests, with preparations for another launch already announced.

The tests have drawn international condemnation, including from China and Russia.

"Of course this even causes great concern. Russia’s position is well known, we do not think this corresponds to the norms and principles of international law and deserves condemnation. We think such actions do not promote the establishment of security and mutual trust on the peninsula. Moreover, tensions are increasing," Kremlin spokesman Dmitry Peskov told reporters.