Increasing its diplomatic initiative to isolate Pakistan, the Indian government is lobbying hard to convince other SAARC member countries to boycott the summit.

New Delhi (Sputnik) — The SAARC Summit which is going to be held in November in Pakistan is turning out be a show of diplomatic clout by India. The Indian government has asked   other members of the SAARC to boycott the Summit in protest against the recent terror attack in Uri, Jammu and Kashmir, sources in the Ministry of External Affairs told Sputnik. 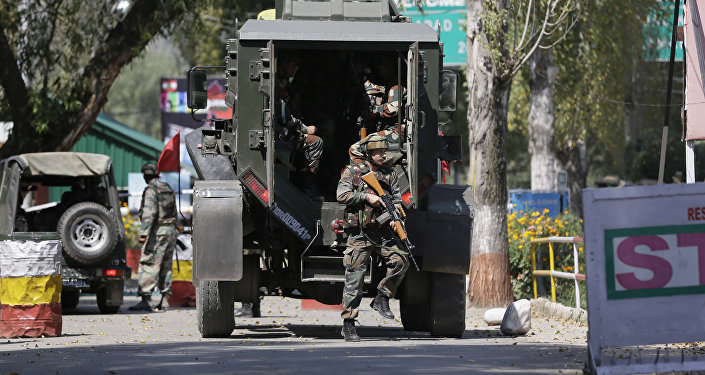 © AP Photo / Mukhtar Khan
India Faces Public Pressure to Respond to Violence in Kashmir
Besides India and Pakistan, Afghanistan, Bangladesh, Bhutan, Maldives, Nepal and Sri Lanka are set to attend the regional intergovernmental organization. India is trying to convince these countries to boycott the SAARC Summit in Islamabad as a mark of solidarity with India.

Bangladesh Prime Minister Sheikh Hasina is likely to skip the Summit in November. Indications are that head of states of some other neighboring countries such as Nepalese Prime Minister Prachanda, Sri Lankan President Sirisena and Afghanistan President Asharf Ghani may also to skip the upcoming SAARC Summit.

Supporting India’s Initiative, Afghan envoy to India Shaida Mohammad Abdali told a private news channel that countries in the region should come together to boycott the SAARC summit in Islamabad over the host nation's role in "destabilizing" the neighborhood.

“We have to make sure that we bring the maximum number of countries and I am sure most of the countries in South Asia are in line with what Afghanistan and India think," Abdali said.

The South Asian Association of Regional Cooperation (SAARC) is a grouping of seven countries which strive to promote peace, stability and progress in the South Asian region.

India to Isolate Pakistan Due to Increase in Cross-Border Terrorism