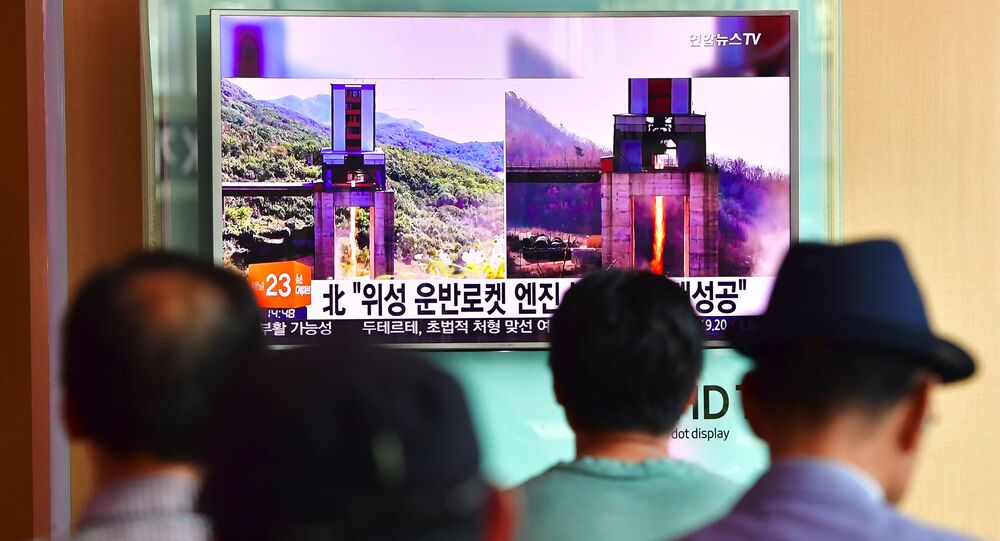 The parties also discussed the Paris Agreement on climate change with Abe vowing to do his utmost to ensure that Japan joins the treaty.

The meeting was carried out on the sidelines of the UN General Assembly in New York. The North Korean issue was high on the agenda of the meetings with Japanese officials participation on Tuesday.

© REUTERS / Jason Lee
China Opposes Unilateral Sanctions Against North Korea
Abe met with UK Prime Minister Theresa May, who said that the United Kingdom would never tolerate North Korean nuclear tests and that the international community should respond to them. The prime ministers agreed to cooperate toward adoption of new sanctions against North Korea by the UN Security Council.

Japanese Foreign Minister Fumio Kishida took part in the meeting of the Group of Seven (G7) top diplomats, who stressed their determination to take further measures in response to the North Korean “provocations.”

Is North Korea Preparing for a Long-Range Nuclear Missile Launch?