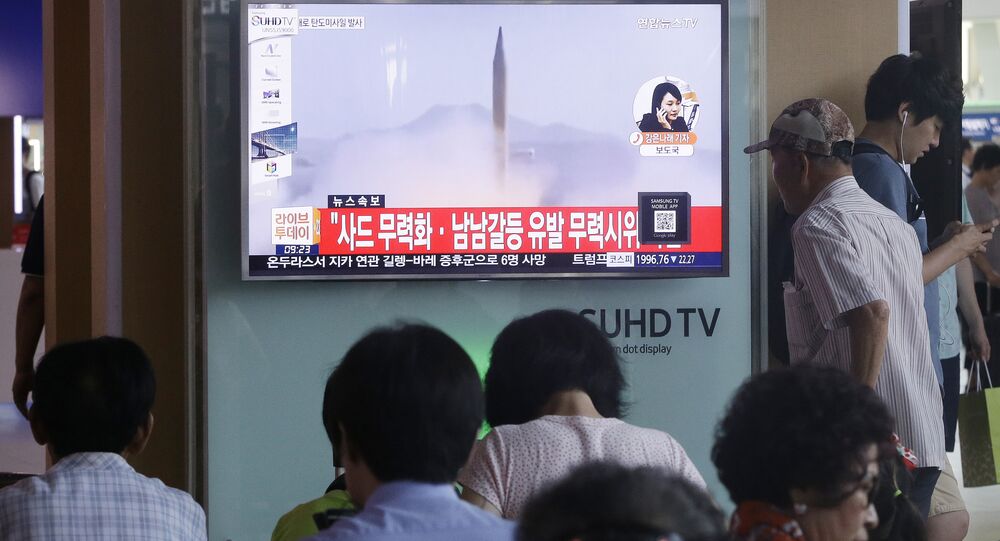 South Korea's Foreign Minister and his Japanese counterpart are expected to hold a bilateral meeting on the sidelines of the UN General Assembly on September 18 to recent North Korean nuclear test.

© AFP 2020 / JUNG YEON-JE
North Korea Could Be in Possession of 20 Nuclear Bombs by Year’s End
TOKYO (Sputnik) — South Korea's Foreign Minister Yun Byung-se and Japan's Foreign Minister Fumio Kishida are expected to hold a bilateral meeting on the sidelines of the United Nations General Assembly (UNGA) session in New York on September 18 to discuss countermeasures in the light of the recent nuclear test carried out by Pyongyang, the South Korean Foreign Ministry said on Friday.

According to the Yonhap news agency, citing the ministry, the diplomats will discuss potential introduction of new sanctions against Pyongyang. Besides, Kishida and Yun will also discuss signing of the General Security of Military Information Agreement (GSOMIA) between the two countries on the exchange of classified information, the media reported.

Seoul and Tokyo reached an understanding to sign such a document in 2012. However, since then, the sides did not make progress on the issue due to political disputes over Japan's occupation and colonialism during World War II.

On September 9, Pyongyang confirmed that it had carried out a nuclear test at its northeastern nuclear test site. The nuclear experiment is believed to be the fifth and the largest since North Korea started pursuing nuclear and ballistic missile programs, drawing condemnation from the international community.