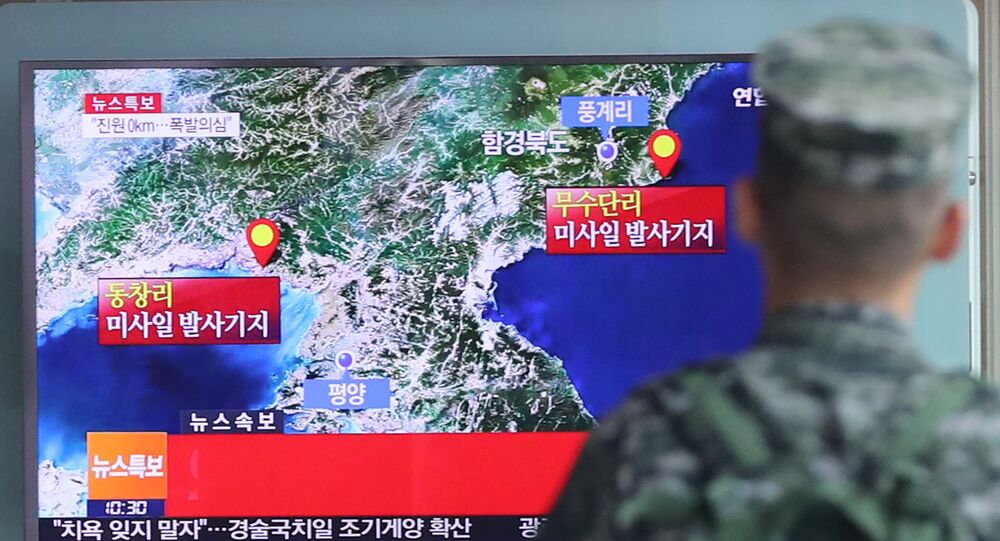 Seoul Finds No Traces of Radionuclides After Pyongyang's Nuke Test

MOSCOW (Sputnik) — On September 9, Pyongyang confirmed that it had carried out a nuclear test at its northeastern nuclear test site. The nuclear experiment is believed to be the fifth and largest since North Korea started pursuing nuclear and ballistic missile programs, drawing condemnation from the international community.

"The Nuclear Safety and Security Commission has not found any traces of radionuclides, such as xenon, in its tests of soil, water and air samples following North Korea's fifth nuclear test," the statement said, as quoted by the Yonhap news agency.

© REUTERS / Kim Hong-Ji
Deadlier Than Nagasaki: North Korea's Nuke Test 30 Kilotonnes in Capacity
The commission added that it had been testing samples twice a day since Monday, but had not found any traces, probably because of air currents that had blown radionuclides away from the Korean Peninsula.

North Korea is currently under pressure from the international community since its January nuclear test and a long-range rocket launch in February, which resulted in tightening sanctions against Pyongyang in the new UN Security Council resolution in March.

After Latest Nuke Test, US to Launch B-1B Bombers Over Korean Peninsula