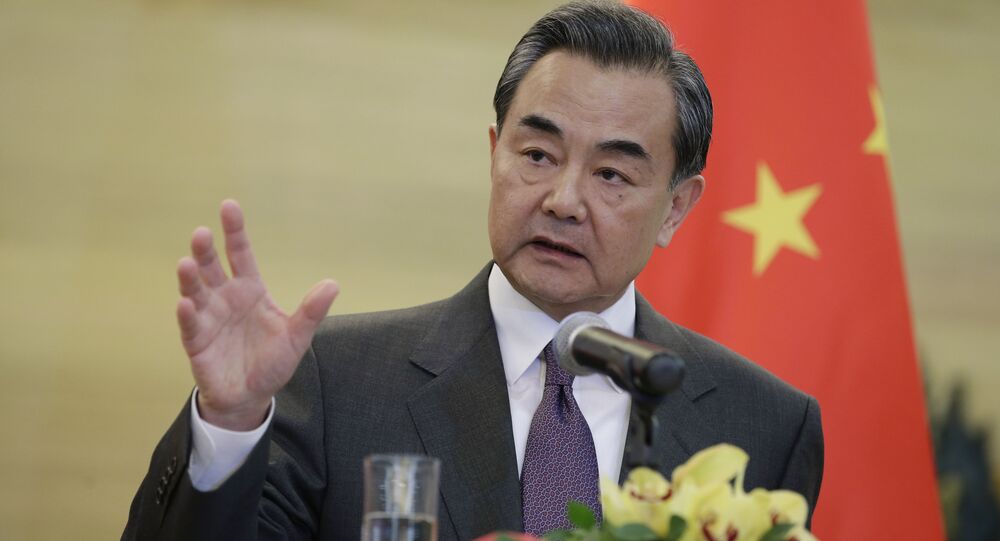 "With all sides focused on the authoritative channel of the [UN] Security Council, China opposes unilateral sanctions that are unhelpful to resolving the issue," Wang Yi said after Wednesday telephone talks with Japanese Foreign Minister Fumio Kishida, as quoted by The Daily Express newspaper on Thursday.

The Chinese foreign minister also said that there has to be "a necessary response" to the situation on the Korean peninsula and that China was ready to cooperate on that issue with members of the UN Security Council (UNSC).

On Wednesday, Russia’s Permanent Representative to the United Nations Vitaly Churkin said that the UNSC was going to work on another sanctions resolution against Pyongyang.

Pyongyang confirmed on September 9 that it had carried out a nuclear test, at its northeastern nuclear test site. The nuclear experiment is believed to be the fifth and largest since Pyongyang started pursuing nuclear and ballistic missile programs, drawing condemnation from the international community.