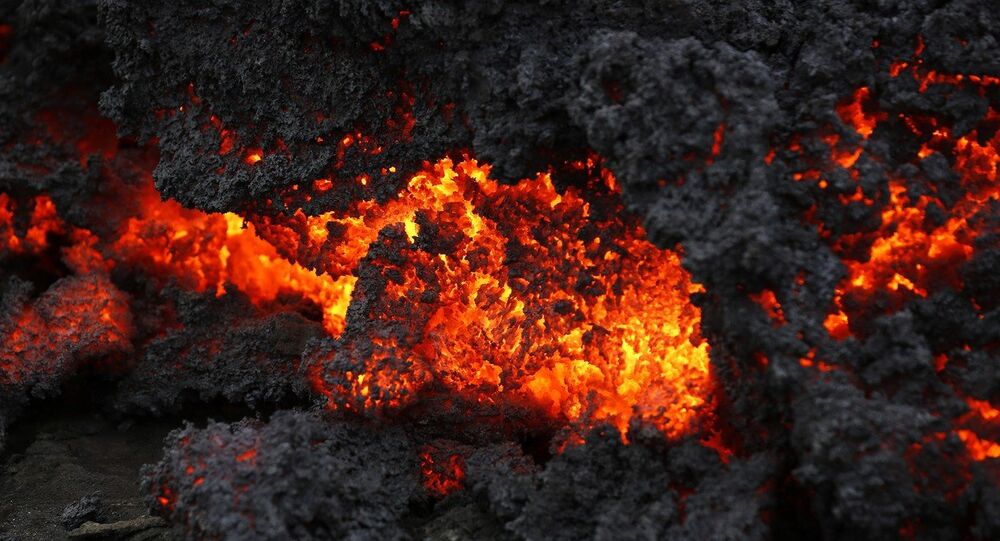 Scientists are warning that a buildup of magma in one of Japan’s most active volcanoes leads them to believe that it could erupt any time in the next 30 years.

© Photo : Webcams de Mexico
Mexico Volcano Gets Cloud Halo During Eruption
Kyushu island’s Sakurajima volcano sits less than 30 miles from a nuclear power plant and in 2015 was placed under a Level 3 (orange) alert by the Japan Meteorological Agency, meaning that the volcano is active and should not be approached. It also sits near the city of Kagoshima, home to roughly 600,000 people.

On Tuesday, experts from UK’s Bristol University and the Sakurajima Volcano Research Center released a report warning that the volcano will see a major eruption at some point over the next 25 years.

The volcano is said to have been erupting nearly continuously since 1955, but has not had a large eruption since 1914, when it killed 58 people.

"The 1914 eruption measured about 1.5km cubed in volume," the report’s lead author James Hickey wrote. "From our data we think it would take around 130 years for the volcano to store the same amount of magma for another eruption of a similar size—meaning we are around 25 years away."

The researchers hope that their findings will help to prevent a future disaster.

"We know that being forewarned means we are forearmed and providing essential information for local authorities can potentially help save lives if an eruption was imminent," said Dr Hickey.

New evacuations plans for Kagoshima have been drawn up in light of the latest prediction.