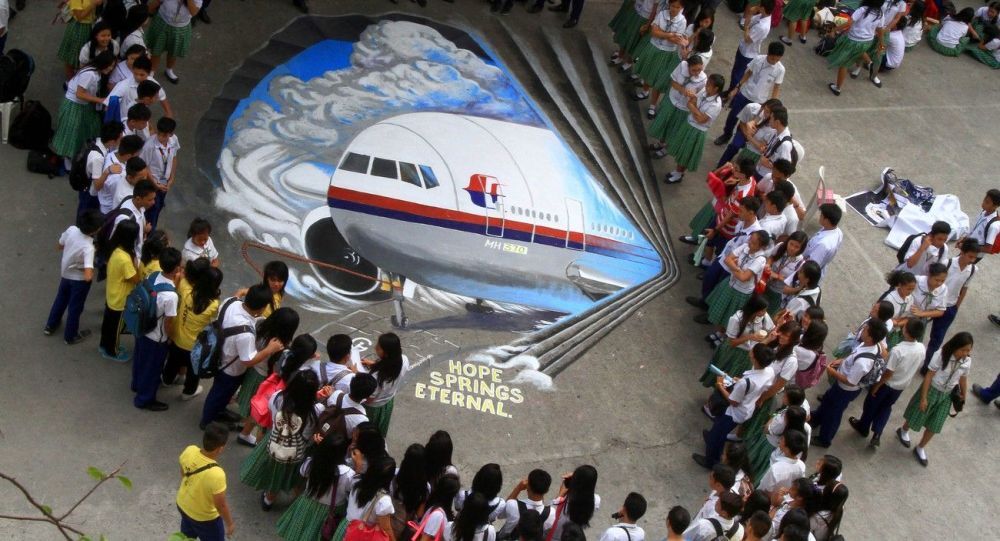 Possible debris from Malaysia Airlines Flight MH370 found off the coast of Madagascar indicates that the plane may have been on fire, the Australian Transport Safety Bureau (ATSB) announced Monday.

© East News / Zhao Yingquan
Malaysia Confirms MH370’s Crash Course Was Plotted On Pilot’s Simulator
The newly-recovered debris was found by three locals who sent it to independent “wreckage hunter” Blaine Gibson, who has found 13 of the 27 pieces of suspected or confirmed MH370 debris, the IB Times reports.

The new pieces appear to be sections of an internal wall of the Boeing 777 avionics bay or cargo hold, which is located below the main cabin’s floor.

“The top layer of paint has been singed, scorched black,” Gibson told Channel 7 Perth. “(It’s significant) because it appears to be from the interior of the plane but not the main cabin, perhaps the cargo hold, perhaps the avionics bay.”

Gibson has warned people to not jump to conclusions, and to wait for the ATSB “to forensically examine the pieces to determine where they came from and what happened to them.”

Plans to end the search may now be canceled, as investigators searching for Malaysia Airlines Flight 370 debris have admitted that they may have missed wreckage, and need to reexamine some areas more thoroughly.

Flight MH370, en route from Kuala Lumpur to Beijing, disappeared from radar screens on March 8, 2014, less than an hour after takeoff. There were 227 passengers and 12 crew members on board.

Investigators believe that the aircraft may have been unmanned and flown by the autopilot system in its final hours, before crashing into the ocean at a speed of up to 230 mph, after running out of fuel.