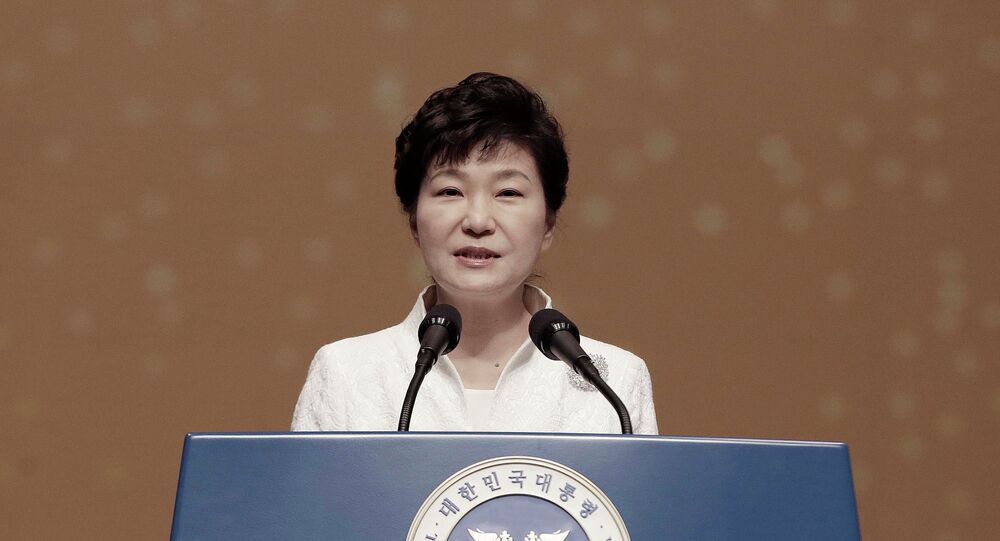 South Korean President Park Geun-hye has labelled the seismic event that occurred near a nuclear site in North Korea on Friday a nuclear test.

"We estimate the North has carried out the biggest-ever test given the yield of the North's nuclear test that reached 10 kilotons," the South Korean Joint Chiefs of Staff said in a Friday statement, as quoted by the Yonhap news agency.

Earlier on Friday, South Korean government sources told Yonhap that Seoul sees a high probability that North Korea conducted its fifth nuclear test on Friday, on the occasion of the 68th anniversary of the foundation of the Democratic People's Republic of Korea.

The US Geological Survey (USGS), as well as Japan’s and China’s meteorological services, detected a ground-level (0 kilometer depth) seismic event northeast of the town of Sungjibaegam in North Korea on Friday, saying it could be an explosion.

According to Yonhap, the seismic event was centered around the same location where North Korea conducted its fourth nuclear test in January.