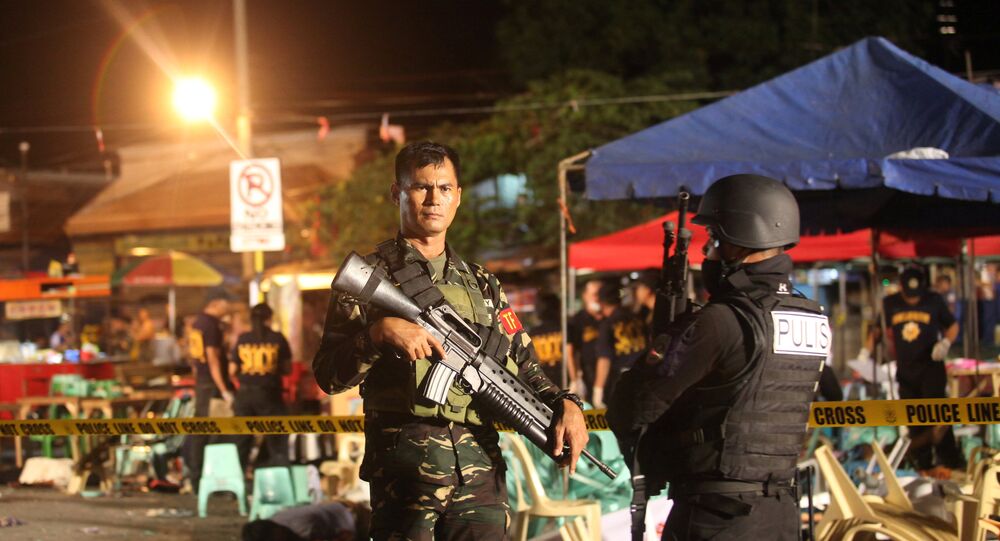 The Chinese Embassy in the Philippines has urged Chinese nationals to be attentive when traveling to the country amid a recent blast in Davao.

© AFP 2020 / JAY DIRECTO
US Ready to Assist Philippines in Probe of Davao City Blast - White House
BEIJING (Sputnik) — The Chinese Embassy in the Philippines has urged Chinese nationals to exercise vigilance when traveling to the Philippines after a blast hit the island nation's city of Davao.

On Friday, an explosion occurred in a night market in Davao City, a southern commercial coastal town in the Philippines. Over a dozen people were killed, and more than 50 injured. According to the Chinese Embassy in the Philippines, Chinese nationals were not injured in the blast.

"The Embassy urges Chinese nationals who are going to visit the Philippines and those nationals including company employees and security staff who are already visiting the country to pay particular attention to the situation, exercise vigilance and take necessary measures," a statement released by the embassy read.

China to Strengthen Regional Cooperation After Blast at Embassy in Kyrgyzstan