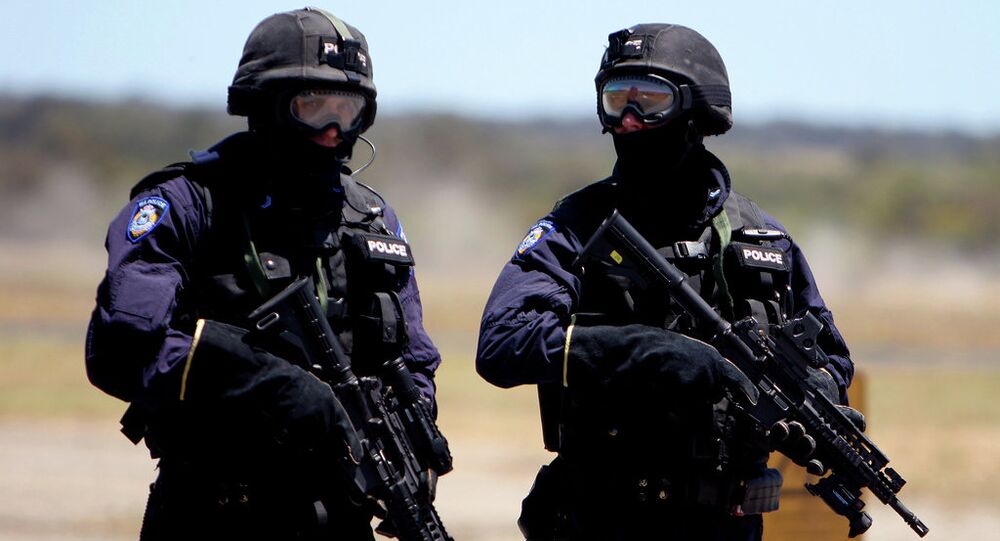 G20 Leaders Reaffirm Commitment to Fight Terrorism in All its Forms

The leaders of the world's 20 largest economies, which are meeting in China, have reaffirmed their commitment to fighting all forms of terrorism, according to a draft edition of the Hangzhou communique.

HANGZHOU (Sputnik) — The G20 leaders have reaffirmed their  commitment to fighting terrorism in all its forms and tackle all their sources of funding, the draft copy of the Hangzhou communique said, as seen by Sputnik.

"We reaffirm our solidarity and resolve in the fight against terrorism in all its forms and wherever it occurs. We will tackle all sources, techniques and channels of terrorist financing, including extortion taxation, smuggling of natural resources, bank looting, looting of cultural property, external donation, and kidnapping for ransom. In confronting terrorism, we remain committed to effectively exchanging information, freezing terrorist assets, and criminalizing terrorist activity," the draft copy of the Hangzhou Consensus said.

The G20 summit, which kicked off on Sunday, is set to last through Monday, September 5.

India Conveys its Concerns About Cross-Border Terrorism to US

Anxiety About Terrorism is 'Insufficient Legal Justification for Burkini Ban'